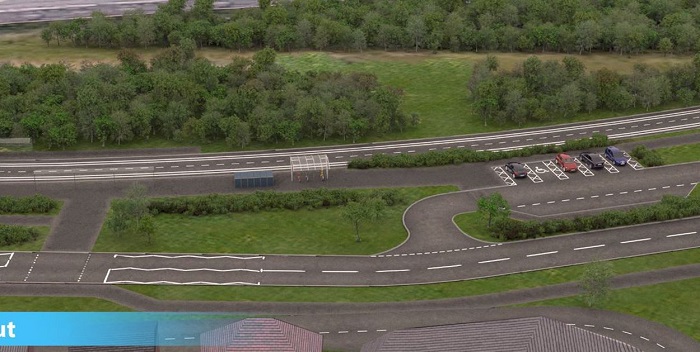 Plans for a dedicated off-road public transport route to help thousands of people travel quickly and reliably between Cambourne and Cambridge have been put forward.

The proposed off-road route, along with new cycling and walking routes and a new travel hub, would give people a real alternative to traveling in and out of the city centre by car, helping to cut traffic congestion along the A428 and A1303 and improve air quality.

The end-to-end route will be considered by members of the Greater Cambridge Partnership’s Joint Assembly on 30 January before going to the Executive Board for a decision on 19 February.

The proposed end-to-end route uses existing roads through Cambourne before joining a dedicated section of new road running through the planned Bourn Airfield development and continuing south along the A428 and A1303.

It re-joins the existing road network at West Cambridge, from Grange Road, to travel on to key destinations across the city.

he scheme includes plans for a new travel hub at Scotland Farm where people could park their cars and switch to fast and reliable public transport services or join a dedicated segregated cycling and walking routes alongside the public transport track.

Parts of the A428 and A1303 from Cambourne to Cambridge suffer heavy traffic congestion at peak times and the duration of car trips into the city could increase by 70 percent if no action to is taken to reduce traffic.

The off-road route, which would use electric vehicles as soon as possible, would offer the most reliable public transport journey time and aligns with the Cambridgeshire and Peterborough Combined Authority’s vision for a wider regional Cambridgeshire Autonomous Metro (CAM).

The GCP held three public consultations on the proposed scheme and has adapted proposals following engagement with the community.

The GCP’s strategy to deliver high-quality public transport routes and vastly improved cycling and walking links will tackle the growing demand and congestion on our roads to maximise the benefits of the economic boom in Greater Cambridge.

The full report, published in the papers to the GCP’s Joint Assembly, is available on the County Council website.