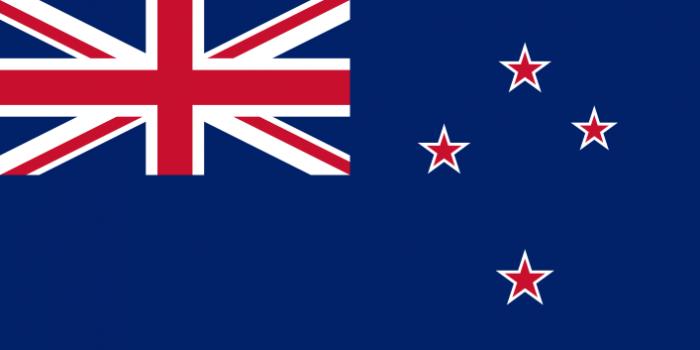 Each month Babel offers free briefings and expert advice for working with different cultures to its clients, learners and friends in the industry. This month the focus is on New Zealand which coincides with its 'Waitangi Day' on 6th February.

In our last newsletter, we asked ‘What is the nickname for the Nigerian Movie Industry? Congratulations to Evin Chamberlain of Writers Press Ink. Your prize is on its way to you!

Next week sees the celebration of Waitangi (pronounced 'why-tounge-ee') Day which is New Zealand's national day and held annually on February 6th to commemorate the signing of the Treaty of Waitangi – New Zealand's founding document in 1840. The Treaty made New Zealand a part of the British Empire, guaranteed Māori rights to their land and gave Māori the rights of British citizens.

New Zealand is a wealthy Pacific nation dominated by two cultural groups – New Zealanders of European descent, and the Maori, who are descendants of Polynesian settlers.

It has a population of about 4.8 million, and is made up of two main islands (the North and South Islands) and around 600 smaller ones. Around three-quarters of the population lives on the North Island, which is also home to the capital, Wellington. Other major cities are Auckland, Christchurch and Hamilton.

While New Zealand has no direct neighbours, Australia is situated to the northwest, while Tonga and Fiji are two of the most prominent island countries to the north of New Zealand. Agriculture is the economic mainstay, but manufacturing and tourism are important. Visitors are drawn to the glacier-carved mountains, lakes, beaches and thermal springs.

New Zealand is a parliamentary democracy under a constitutional monarchy in which the British monarch is the head of state, as represented by the Governor-General. The head of government is the Prime Minister.

New Zealand is broadly recognised as a Western country, and as a former British colony, however, Maori culture plays an important role in public life and has influenced the culture in the country.

New Zealand's all-conquering All Blacks would never have become rugby world champions without their unstoppable Māori players. Furthermore across NZ you can hear Māori language, watch Māori TV, join in a hāngi (Māori feast) or catch a cultural performance with song, dance and a blood-curdling haka (war dance). Māori design continues to find expression in tā moko, Māori tattooing (often applied to the face) and the delicate artistry of bone, shell and pounamu (greenstone) sculpture.

There is a strong individualistic preference with the expectation that people look after themselves and their immediate families. In the business world, employees are expected to be self-reliant and display initiative. Hiring and promotion decisions are based on merit or evidence of what one has done or can do.

Within organisations, hierarchy is established for convenience, superiors are always accessible and managers rely on individual employees and teams for their expertise. Both managers and employees expect to be consulted and information is shared frequently. At the same time, communication is informal, direct and participative. There is also a love of the underdog. Those who excel too much or show arrogance are likely to be resented and swiftly cut down with ridicule. Humility is essential to social interaction.

First meetings serve the primary purpose of determining trustworthiness. They will be less concerned with getting to know you personally and more interested in your credentials. Lateness reflects badly in a professional setting, so make sure to arrive on time or slightly early. If you’re chairing the meeting, it’s more crucial that you begin punctually.

While meetings can seem casual, do not forget that they are still taken seriously. Anyone present at a meeting is generally welcome to give their opinion, regardless of age or business hierarchies. Using a position of power as a leverage in negotiations is strongly frowned upon.

In fact, New Zealanders do not like high-pressure tactics or selling that is confrontational and pushy at all. They appreciate honesty and directness that is lightened with humour, therefore be concise and direct in dealings with them. Overly ambitious ideas will be seen as unrealistic proposals and will usually be dismissed.

Reliability is strongly valued in business culture. If promises are not kept or business falls through, it is often strongly remembered. Furthermore, absenteeism is not tolerated; employee and colleague dependability is expected.

New Zealand society generally exhibits a willingness to realise their impulses and desires with regard to enjoying life and having fun. They possess a positive attitude and have a tendency towards optimism. In addition, they place a higher degree of importance on leisure time, act as they please and spend money as they wish.

New Zealand was the first country in the world to grant women what?

Inspired? If you want to learn how you can work more effectively with your New Zealand colleagues, clients or supplier, contact us for a 'Working Effectively with...' sample course outline'.