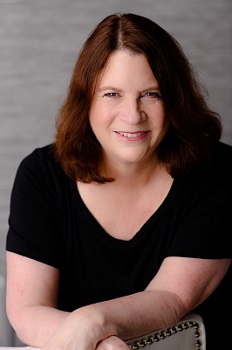 Previously at 2U, a global leader in education technology, Graham has broad experience in leading hyper-growth technology companies. During her eight-year tenure as CFO of 2U, she lead its capital structure growth – earning widespread recognition for her success by the Northern Virginia Technology Council when she was named the ‘2015 Public Company CFO of the Year’. Most recently, she was listed in the Washington Business Journal’s ‘Women Who Mean Business’ 2018 list; an award than recognises the most influential businesswomen who have left their mark on both their industries and communities.

With more than two decades of professional experience in financial disciplines across Technology, Hospitality and Banking, Graham has served at the helm of several businesses through periods of fast growth. She has led four successful initial public offerings (IPOs), including 2U’s, has raised over $200 million in private equity funding and made numerous strategic acquisitions.

Prior to 2U, Graham was CFO and Executive Vice President of Online Resources Corp., where she was responsible for overseeing general financial management, broadening the investor base, and exploring strategic business opportunities.

In 1998, Graham was founding CFO of an international internet services provider that she and a small group of others started at their kitchen tables. There she raised $186 million in venture capital, made 26 acquisition in 24 months in 15 countries, increasing the employee base from five to 1,200 in less than three years, and took the company public, raising almost $400 million in early 2000.

“I am delighted to welcome Cathy to Darktrace, ”, commented Nicole Eagan, CEO, Darktrace. “As we begin to see real-world attacks leveraging offensive AI, customer demand for our Autonomous Response technology has soared. Cathy’s judgement, strong business partnering skills, and exceptional leadership capabilities make her a fantastic candidate to guide Darktrace through this next period of strategic growth.”

“There has never been a more exciting time to join Darktrace,” Graham said. “Darktrace has fundamentally transformed cyber defence with its world-leading innovations in artificial intelligence. I am excited to join a company that is not only set to continue its path of unprecedented growth in 2020, but is also doing good for society by protecting the world’s critical infrastructure and services from cyber-crime.”