The top 10 biggest science stories of the decade 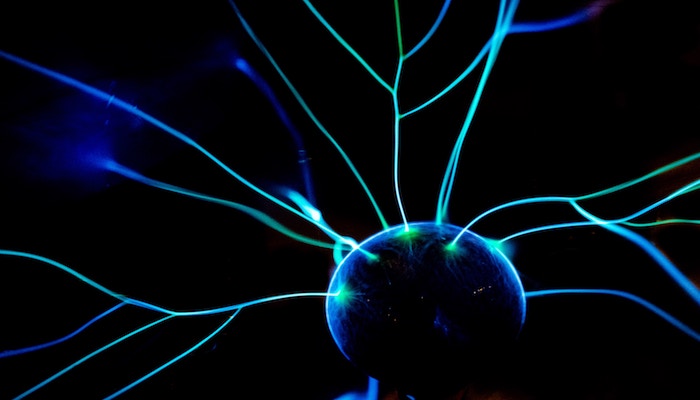 Ten years is a long time for a rapid change in technology and science...

As we enter 2020, we have reflected on some of the most iconic discoveries, theories and breakthroughs that have happened in the past 10 years.

Which of these thousands of iconic discoveries, theories and breakthroughs are the most important are probably for the historians and world to judge, but these 10 stories have managed to stick in our minds…

For the first time in history, scientists were able to use direct fossil evidence to make a reasonable interpretation of a dinosaur’s colour. Fossilized dinosaur feathers contain preserved traces of pigment structure that palaeontologists can use to compare with corresponding cells in modern, living birds. If any combinations or structure were similar, researchers could recreate the colour of a recently discovered feathered dinosaur.

One of their discoveries during this research was the colour of Anchiornis huxleyi. If this discovery was effectively accurate, this dinosaur probably had bright orange feathers on its head, speckled feathers on its throat, a grey body and accents on its wings.

Since then, we have used the same technique for a number of sub sequential cases, including the colour of a giant fossil penguin.

2011: Is Flying Faster Than The Speed of Light Possible?

A century ago, Albert Einstein assured us that no moving object could surpass the velocity of light. However, scientists in 2011 found an anomaly that suggested otherwise. In September, Geneva physicists fired a beam of neutrinos (tiny entities that barely weigh anything and hardly interact with anything) to a laboratory 454 miles away in Italy. Surprisingly, the scientists found the neutrinos arrived 60 billionths of a second quicker than they expected. After repeating this experiment due to thought of a proven flaw, a second firing beam produced more or less the same results.

In July 2012, physicists at the Large Hadron Collider ended a 5-decade-long study when they finally announced the discovery of the Higgs Boson. The Higgs Boson is a particle responsible for giving all subatomic elements, such as protons and electrons, their mass. This was the final piece in the Standard Model, which basically describes the interactions of all known particles and forces. The story doesn’t stop there - scientists have continued to work with and around the Higgs Boson, hoping that with this discovery, they can discover further interactions with subatomic elements.

2013 marked history for the Space industry as NASA’s Voyager 1 probe officially left the solar system. After nearly 35 years of flying past planets and moons - exploring Jupiter, Saturn, Uranus, Neptune and their moons - the probe sent data back that suggested changes in the electron density. This was a major clue that the spacecraft had left the solar system boundaries and have entered the unknown.

According to NASA’s website, the mission status detects the Voyager 1 is around 14 billion miles away from Earth and will be continuing their unique journey into the “Interstellar space” of the Universe until around 2025. The NASA team is hoping that the spacecraft will eventually land somewhere or be discovered by other life within the Universe, acting as a time capsule for Earth.

The biggest science news of the year was undeniably the landing of the Philae probe on the comet 67P/Churyumov-Gerasimenko. What was thought to be lost in Space, the Philae probe was amazingly discovered on a comet by the Rosetta camera. During this time, the Rosetta camera took some measurements of the comets water content and found that comet water has a completely different chemical combination in comparison to our own. Suggesting that the theory of our water’s source was actually incorrect and our oceans are more likely to have originated from asteroids instead.

The 2010s marked their advent of 3D printing - where it’s advancements has created a huge societal hype, improving the quality of a number of different industries. Included is a huge application to medicine in 2015, where scientists started human trials of filament-free, biodegradable, implantable bones in humans.

Originally tested in animals by Chinese startup Xi’an Particle Cloud Advanced Materials Technology Company, the surface of the 3D-printed bones started growing new cells very rapidly. Successful in humans, this has been a perfect replacement of bone loss due to medical conditions such as cancer and bone grafts - and has since been used as a relative alternative in the medicinal industry.

For decades, we have been trying to find signs of life on another planet - hoping we aren’t the only living organisms in this solar system (or even Universe). However, it turns out there was some unveiled evidence a little closer to home! In 2016, astronomers discovered a planet known as Proxima Centauri, or Proxima b, orbiting the closest star to the sun.

Located just 4.24 light-years away, this newfound planet is located in the “habitable zone” of the star - the range of distances at which liquid water could be stable on a world’s surface. As we have continued research in the most recent years, it’s still unclear just how hospitable the planet may be to live. In 2018, NASA unveiled further evidence from Chandra X-ray Observatory that, perhaps, conditions can be more life-friendly than presumed.

This evidence shows that Proxima b has better prospects for life in terms of radiation levels, in comparison to similar stars, Alpha Centauri A and B. Although other factors are considerable, including temperature, water content levels and atmosphere combinations etc. one habitable planet exists in our solar system so far, so the odds of finding another one is possible - the results are just not encouraging, yet.

Deep inside the pyramids lies the Pharaoh’s burial chamber which would be filled with treasure and items for the Pharaoh to use in the afterlife. However, these chambers were never completed so they just mostly contain an ancient construction site with Pharaoh’s sarcophagus’ lied within.

In 2017, the ScanPyramids project team used high-energy particle physics and muon radiography to discover a previously unknown area in the Great Pyramid at Giza. Muon radiography is a technique that detects subatomic particles known as muons - these can be used to generate three-dimensional images of volumes. The project team detected a 100-foot-long space that could be some sort of chamber or even an old ramp to move blocks.

This scientific breakthrough was one to remember in 2017 because it was the first discovery to be made in the pyramids since the 19th century.

More than 20 years after researchers cloned Dolly the sheep, China scientists managed to clone two monkeys. The researchers transferred DNA from a deceased monkey’s cells into DNA-free eggs, which were then stimulated to develop into embryos. After planting these embryos into female surrogates, the process yielded two female, long-tailed macaques… identical twins!

This was the first time the cloning technique has been used on primates, and producing large groups of genetically identical monkeys could revolutionise research on disease.

All through the decade, NASA have found various water elements on Mars that have completely shifted our thought process of the habitability on the red planet. In 2019, scientists believed they stumbled on a new element of water on Mars - a layered mix of ice and sand that suggestively represents the last traces of long-lost polar ice caps. This research was gathered by NASA’s Mars Reconnaissance Orbiter, which has been circling the planet since 2006. This piece of machinery contains a radar instrument that can see about 2.5km below the planet’s surface, and scientists have used the data to see lots and lots of ice.

Even more intriguingly, the findings weren’t pure ice. The Reconnaissance Orbiter picked up several different ice surfaces in a pattern that suggests alternating bands of ice and sand. With this data in mind, the layers could represent remains of ice caps that lived on Mars’ poles hundreds of millions of years ago!

At Benchmark Services, we have a true passion for science and love to keep up to date with the latest news and discoveries within the industry. Whether you are considering laboratory relocation, looking for secure storage space, or require some assistance on installing new scientific equipment etc., we can help! Get in contact with us today to make an enquiry.