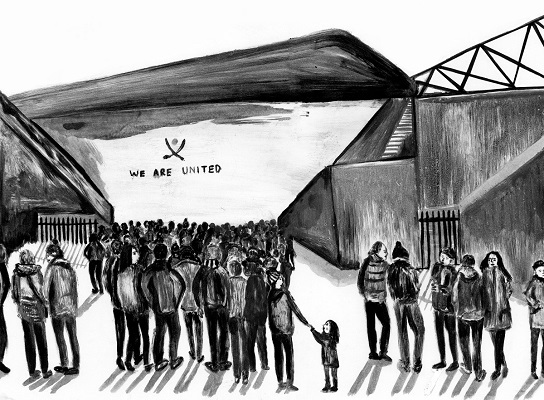 Sheffield United’s Bramall Lane ground is the setting for a new children’s picture book, all about the excitement of going to a football match for the first time.

“Saturday, 3pm”, has been produced by Sheffield United fan Zoe Ellison, who is about to graduate from Anglia Ruskin University (ARU) in Cambridge.

Zoe created the book as part of the MA course in Children’s Book Illustration at Anglia Ruskin University, and she is currently in talks with publishers with a view to “Saturday, 3pm” being stocked in bookshops in Sheffield and beyond. 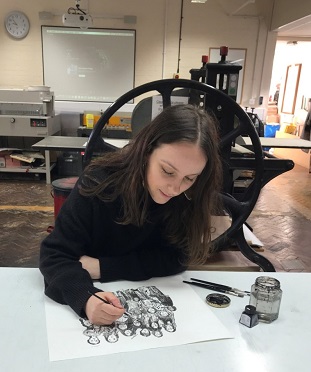 The 24-year-old, who regularly watches United matches on the Kop, said: “My dad is from Sheffield and although I grew up down south, I felt an affinity to my dad’s team. After going to a few other football matches, he eventually took me to Bramall Lane and I was hooked!

“I think my first match was against Barnsley and we won, but we lost quite a few straight after that. Being in my mid-20s I haven’t had many years of true joy as a Blade, so our recent success under Chris Wilder is an absolute privilege to witness, especially with my dad.

“The inspiration behind my book, which tells a story through a conversation between father and daughter, is the continuation of tradition through generations and how football highlights that. I wanted to show the awe and wonder a child can feel when seeing something like Bramall Lane and experiencing a football match for the first time, but also show how that feeling never really goes away.

“Whether your first visit to watch United was at 5 or 50, it sticks with you and you have to keep going back. I did all the artwork in black inks and mono-print, to give it a timeless feel. I’d like someone who first went 80 years ago and someone who first went last week to be able to look at it and be transported back to the beginning of their journey with Sheffield United.

“I see young children and their parents at every match and I know it’s a story that many can relate to. So many people who I didn’t even realise were football fans have come up to me recently and told me that the pictures remind them of their first football game with a family member or friend, which is great to hear.

“I’m currently in talks with some publishers about getting the book published, so fingers crossed something will come of it!”

Examples of Zoe’s illustrations (see one above) are currently on display in the Ruskin Gallery, on Anglia Ruskin University’s Cambridge campus, as part of the annual exhibition by students graduating from the MA in Children’s Book Illustration.

The first course of its kind in the UK, it began in 2001 with a handful of British students, all part-time, and has now grown in both size and reputation with currently over 150 students from 25 countries.

Hundreds of graduates from the MA in Children’s Book Illustration have gone on to sign deals with some of the world’s largest publishing houses, while students from the course have won the prestigious V&A Student Illustrator of the Year prize for the past four years (2016-19).