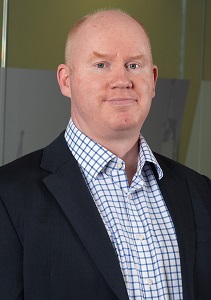 Stuart Wilkinson, EY’s Head of Tax in Cambridge, comments on today's Budget: "The Chancellor’s announcement that he is set to increase R&D investment to £20bn, contributing 2.4% to GDP, is good news for the region’s universities and for the wealth of innovative businesses operating in the East of England.

"Regional connectivity also received a boost with the announcement of funding for a new railway station - Cambridge South - and investment in the A428, a major trunk road in the region.

"Nationally, the Chancellor in his speech quoted criticisms of the Entrepreneur’s Relief (ER), noting concerns that ER was only encouraging one in ten entrepreneurs to start up. However, the original aim of the relief was instead to encourage those successful entrepreneurs to stay in the UK and pay tax on their success, and then to reinvest and continue to contribute to the UK’s growth.

“Perhaps in light of this, the Chancellor chose to return the reliefs limit back to the £1m, the limit when it was introduced in 2008. This will be a help to many entrepreneurs but, in today’s environment, this may not be effective in seeking to retain the more successful. Those arguing for the limit to be made per investment, rather than per life, and hence to reinforce serial entrepreneurship, will be disappointed.

“The Chancellor will be hoping that removal of this allowance for the most successful will not encourage them to leave the UK thereby paying no tax, hence losing the 10% they would otherwise have paid and costing the Exchequer rather than filling the coffers.”

However, the corporate tax rate, that was due to be reduced to 17% on 1 April will be abandoned, remaining at 19%. By the end of the fiscal period, this gives the Government £7.5bn of extra funds per annum to spend elsewhere.

“Many may be disappointed that the Chancellor hasn’t let the rate cut go forward for at least one year, given the challenges that will be faced in 2020/21 by businesses, be that from Covid-19, Brexit, oil price fluctuations or indeed share price fluctuations.”