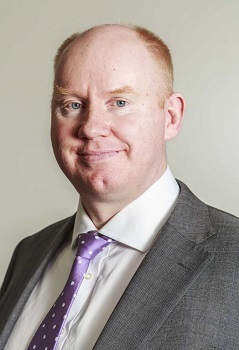 On 26 March, Rishi Sunak announced an additional package of measures to support the self-employed who have been impacted by COVID 19. The Chancellor announced that the Government will provide a taxable grant to self-employed people up to a maximum of £2,500 per month. The amount will be based on 80% of their average monthly income based on their last three tax returns.

Commenting, Stuart Wilkinson, EY’s head of tax in the East of England, said: “This represented the fourth instalment of the Chancellor’s Budget, just over two weeks from his appearance at the despatch box. In seeking to provide help to individuals affected by COVID-19 outbreak, the Chancellor focused initially on employees as the employment relationship made it easier to provide support quickly. This announcement sought to support the self-employed, a population of workers whose engagement with HMRC is predominantly through the annual tax return and semi-annual tax payment.

“Faced with limited contact, the Chancellor has instructed HMRC to identify those who are eligible and to ask them to claim. This may be one of the few times that contact from the taxman brings a smile of relief rather than a frown of concern.

“Restricting this to those who have filed tax returns for 2018/19 (due to being in self-employment up to 6 April last year) will mean that those who entered self-employment since then will still not be receiving the Chancellor’s support. Neither will those who earned £50,000 or more.

He added: “Whilst the Chancellor noted that those earning above the cap will on average be significantly above this amount, there will be a group of taxpayers who are just over £50,000 – such a hard cut-off could be seen as rough justice. The Chancellor has clearly decided that it is better to be simple than to complicate the system and referred to ‘perfect being the enemy of the good’. That may look like a good decision to him, but possibly not to the self-employed plumber who is earning £50,001 on average.

“While the many self-employed across the UK will welcome the Chancellor’s generous support package, they unfortunately won’t be able to access the grant until the beginning of June. This will leave many of the self-employed, whose business has diminished as a result of COVID-19, with little money to live on over the next two months.

“Unlike his last mini-Budget, the Chancellor did not give any hints that he’d be coming back with more help. So, those owner-directors who cannot furlough themselves, or indeed those recently self-employed, may now have to think further about how they cope without the Chancellor’s help.

“Together with the Budget and previous mini-Budget announcements, the Chancellor has released a huge support system for employees, businesses and the self-employed. This will change the role that HMRC has in UK society, becoming a giver not a taxer.”