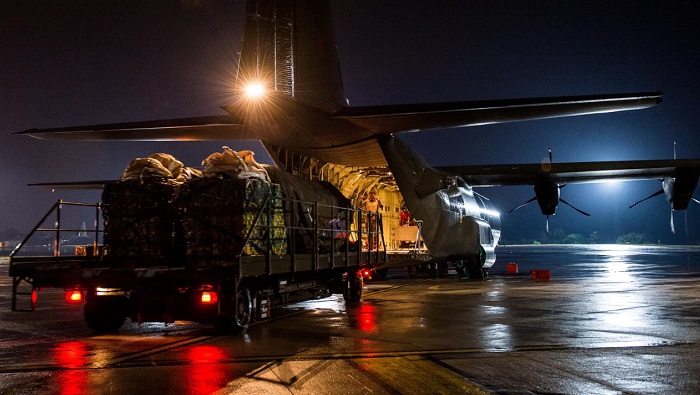 Like so many essential workers across the UK, the team at Marshall Aerospace and Defence Group is pulling out all the stops to support the global battle against Covid-19.

The company, headquartered in Cambridge, currently builds, services and maintains a wide range of military equipment for armed forces across the world, much of which is forming a significant part of their respective government’s Coronavirus response planning.

Perhaps most notable is the iconic C-130 Hercules transport aircraft, which thanks to its versatility, is so often the go-to platform for humanitarian missions. Marshall Aerospace and Defence Group currently maintains C-130 fleets for many global air forces, including the Royal Air Force, and is already seeing growing demand for availability as nations gear up to tackle the Covid-19 pandemic.

Chief Executive Officer Alistair McPhee comments: “We are always incredibly proud of the work that we do to protect people in critical situations and that has never been more relevant than right now.

“Multiple customers have already been using their C-130 fleet to carry out medevac repatriation missions and deploying them to get supplies to remote areas.

“We are also anticipating more demand for medical equipment and deployable infrastructure as armed forces are called upon to support the capacity needs of health services across the globe.

“It is vitally important that we are able to stand ready to help in whatever capacity we can over the weeks and months ahead and I really want to take this opportunity to pay tribute to the team, in particular our frontline employees, who are doing an amazing job in very difficult circumstances to make sure we don’t and won’t let our customers down.”