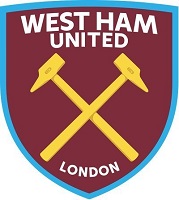 Darktrace, the world’s leading cyber AI company, today announced that West Ham United, the British Premier League football club and technology partner of Vanquish Tech, is using cyber AI to protect its digital systems amidst an upsurge in attempted ransomware attacks and other criminal campaigns throughout the COVID-19 pandemic.

The team, with over 100 years in English football and over 700,000 global supporters, makes the move to stay cyber resilient as the Premier League is put on hold. As teams rely more than ever on digital platforms to stay connected, communication networks have become key targets for opportunistic cyber-criminals. Many hackers are launching sophisticated phishing emails that appear to come from health authorities but in fact contain malicious software that can steal the user’s data or hijack their device.

In need of a technology that could learn what ‘normal’ behaviour looks like across its dynamic and evolving network and spot nefarious activity as soon as it emerges, West Ham selected Darktrace’s Cyber AI.

Recently, the AI detected suspicious activity on West Ham’s systems – it was a ransomware attack attempting to encrypt critical data. Thanks to Darktrace’s self-learning approach, West Ham’s security team was able to instantly stop the attack before damage was done.

“Theft of personal data of high net worth players or fans is on the tip of our cyber-threat iceberg”, commented Mohammed Ali, Director of IT at West Ham United. “Hackers are now capable of causing real operational disruption; increased reliance on digital infrastructure is making teams more vulnerable to attack. With cyber AI, we are spotting threats at machine speed and responding before any damage is done.”