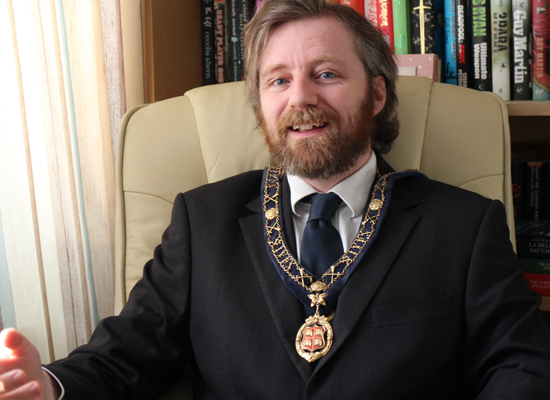 Councillor Jonathan Pallant, a senior software consultant at 42 Technology, has just been elected as the new Mayor of St Ives.

In a first for the council, he was appointed via Zoom instead of at the usual civic robing ceremony. He was then photographed, by his wife, at home wearing his chain of office (above).

Jonathan was first elected as a councillor in 2016 and is described on the council’s website as being a husband, father, software engineer, inveterate tinkerer, and long-standing member of the Cambridge and District Classic Car Club.

He is also a founding member of the Rust Embedded Working Group which promotes the use of Rust programming language to help improve software safety and reliability for high performance applications.