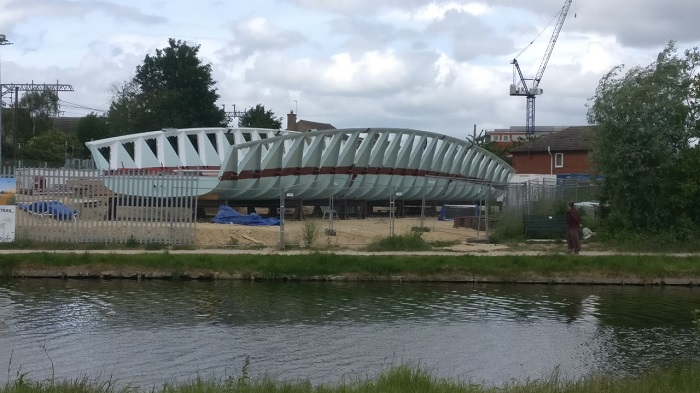 The Government has unlocked up to a further £400m to the Greater Cambridge Partnership’s programme to create better transport infrastructure, support housing delivery and build skills for the future.

The decision follows a Government ‘Gateway review’ of the GCP’s progress since the initial £100m investment in 2015.

The review hailed the ‘significant success and progress’ the Partnership has made on ambitious plans, ranging from city cycleways to better public transport routes that will make travel between home and daily destinations more reliable for thousands of people.

The GCP will use this once-in-a-generation funding to continue the delivery of a working transport system and support the acceleration of thousands of new homes and jobs as Greater Cambridge continues to grow. Post Covid-19, it is expected that these interventions will be needed more than ever to help the UK economy recover.

Cllr Aidan Van de Weyer, Chair of the Greater Cambridge Partnership said:  “The GCP is a great example of partnership working and I would like to thank our partners, members and officers for their hard work in reaching this big milestone.

“We have detailed proposals that can now be completed.  We’ve already delivered significant upgrades to cycling links and construction is now underway on the Chisholm Trail and Histon Road improvement schemes. We also launched the Greater Cambridge Apprenticeship service to help more people into work.

“But now, with the government’s support and as we move through the Covid-19 pandemic, we must crack on and deliver our transformative schemes that will unlock homes, jobs and secure long-term quality of life for people in Greater Cambridge.”

Cllr Roger Hickford, the Cambridgeshire County Council representative on the GCP Executive Board, said: “It is vital we re-start our economy both nationally and locally in an appropriate way as we slowly come to terms with the effect of the current pandemic and begin the recovery from it.

“Five years ago the Government recognised the need for public sector organisations to come together and work on the necessary improvements to our infrastructure, skills and housing in powerhouse areas such as Greater Cambridge. This Gateway review has confirmed and acknowledged the success that has gone before us. We haven’t got much time to celebrate, as now we have even more to do, with a greater need for this work to move forward if we are to truly lead our local area into a time of renewed prosperity.”

Claire Ruskin, Director of Cambridge Network and Business Representative on the GCP Board commented: “Growth and success have given us challenges in the region, which we are very aware of.  C-19 gives the UK a new challenge and Greater Cambridge is very important to our recovery.  The additional funding from government is recognition of the desire that we have in the region to grow well, rather than just grow without thought.”

Cllr Lewis Herbert, leader of Cambridge City Council and a member of the Greater Cambridge Executive Partnership Board since 2015, said: “The Government’s confirmation that GCP will receive the next round of transport investment will be a major boost for economic recovery across Cambridge, including long term improvements to public transport and wider city travel and cycling.

“Working with partners, the GCP can now develop all four of its planned fast public transport routes over the next few years, help local companies rebuild and expand to create jobs, and bring forward badly needed investment in new affordable housing in and near the city, as well as lay strong foundations for the full CAM Metro scheme in the future.”

By committing to further funding in Greater Cambridge, the Government has demonstrated its trust in and commitment to the work of the GCP to boost the local economy.

In writing to confirm that GCP had passed the review, Simon Clarke MP, Minister for Regional Growth and Local Government, said: "We are pleased to see that GCP has made significant progress on its investments over the last five years and are grateful for your work on this."

Mr Clarke added that the Gateway Review ‘highlighted several significant successes across the deal to date’ and he commended local partners for their ‘focus’ on delivering projects in line with local priorities across GCP - and for "the strong partnership that [GCP] has built to support the successful delivery of the deal and improve the local economy".

Cambridge MP Daniel Zeichner said: "This is positive news. A big milestone has been reached. It shows the GCP is the right body to be working on local transport improvements. Over a relatively short period of time effective structures, and trust have been built, so that projects can get off the ground. I'm delighted that we can now be sure of further investment as we face a unique opportunity to tackle Cambridge's congestion nightmare and get more people out of cars and onto safe public transport, bikes and walking."

The GCP has made significant progress across a range of schemes since the £500m City Deal was first struck with Government in 2015: