Kodak moment as ARU filmmakers sweep the board 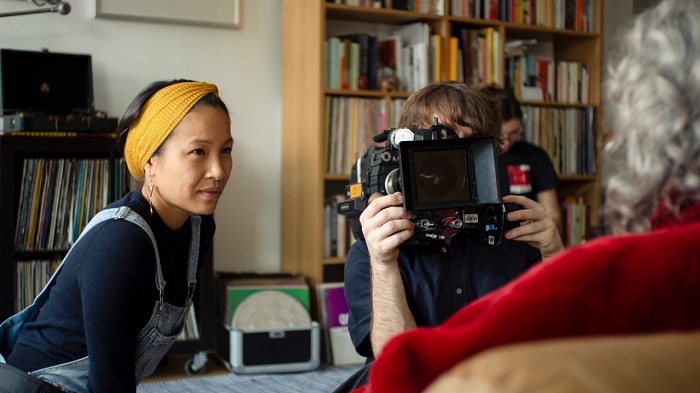 Student filmmakers from Anglia Ruskin University (ARU) enjoyed a Kodak moment as they won three awards at a national competition for their commercial The Gift of Time.

The Gift of Time is a commercial aimed to fulfil a brief from Harvey Nichols and features Cambridge resident Diane Stewart-Rossin (pictured here in a still from the film), who was 75 at the time of filming, describing how time has allowed her to appreciate the gifts she has been given. 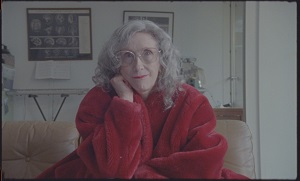 The team centered the commercial around the idea of beauty as something not seen but felt, “like the warmth of a blade of light”. This governed the shooting style for third-year undergraduate student Cameron Brown who focused on the play of natural light on small details that gives the commercial its distinct style – rewarded with the Best Cinematography award.

Judges praised the work as “an excellent commerical...nicely written idea, beautiful casting, very interesting lateral use of the idea of style and glamour and beautiful cinematography.”

MA student Michelle Siu, director and writer of the piece, said: “I'm still a bit floored. I really didn’t think we had a chance against those heavy hitters.  We were in such good company.

“It was important to me that this piece was made strong in both visuals and content and proud that it was recognised for both.  Coming from a photo-journalism background I wanted to make something factual about how I see female beauty and so Diana is the heart of this film. The script is drawn from notes I made based on conversations with her."

Producer Laura Elmer, also an MA Film and Television Production student, said: “Initially, we were struggling to come up with a unique idea until we started thinking about how to widen the scope of the fashion advert and what we would want to see on screen. Fashion adverts are usually focused on youth, but we wanted to showcase female inner and outer beauty that transcends age.”