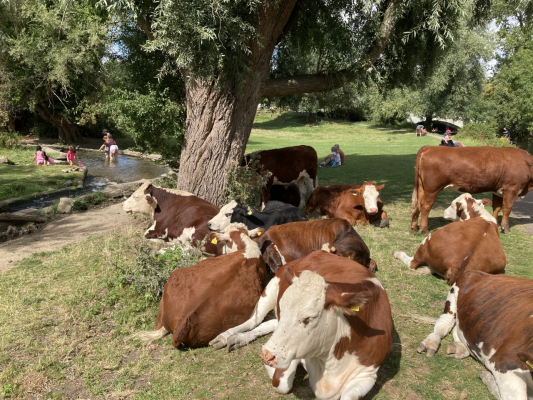 Allowing farmers with Official Tuberculosis Free (OTF) status to use APHA approved but currently un-validated tests for Bovine TB (bTB) is one of the recommendations of the British Veterinary Association (BVA) in its recent policy statement. PBD Biotech, developers of Actiphage, a rapid blood test for bTB, has welcomed this ‘one health’ approach as it empowers farmers and their vets to improve biosecurity on their farms.

The BVA report, published 28 July, includes research showing many farmers feel powerless in the battle to eradicate bTB and the current blame culture is creating ‘fatigue’ that is hindering innovation. The impact on the wellbeing of farmers and vets underlines the need for a new approach to bTB management that involves all stakeholders, the report stresses.

The BVA policy states: “We support the use of non-statutory testing, particularly for farms that are part of a wider programme of earned recognition.”

Actiphage has been approved by the APHA for exceptional private use in areas of chronic TB infection but once the disease is under control the permission is removed, stifling its use by progressive farmers and their vets.

Mark Hammond, CEO of PBD Biotechnology comments: “We know of farmers and private vets that would like to use Actiphage to accelerate the removal of infected animals and reduce the risk of within-herd transmission. Offering this flexibility would empower farmers to feel ownership of the disease management.”

Creating potential for a vaccine

Actiphage is the only test that directly identifies the presence of live Mycobacterium bovis, the pathogen that causes bTB, from a sample of blood. It offers potential as a DIVA test as it can distinguish between live and dead mycobacteria. Such a test is pre-requisite for a vaccine, and was identified as a priority for government investment, by the BVA report.

Hammond says: “The success of any system of bTB controls in cattle is dependent on the ability to detect the presence of infection, at herd level but also in individual live animals.

“The current skin test SICCT uses an immune response. While it is a good herd level test it only has 50-80% sensitivity so will miss individuals, leaving a reservoir of disease in the herd. A combination of approaches is required and encouraging trials of new diagnostics will increase the armoury available to farmers.”

Controlling movement and spread of bTB

The BVA policy report also recommends evaluation of bTB diagnostics for testing potential wild reservoirs of disease as well as non-bovid farmed animals. Actiphage itself has been shown to be effective in badgers, deer and in total twenty other species of animal.

The speed of the diagnostic could also allow it to be used to test herd animals before and after movement, giving the opportunity to limit potential spread of the disease via a testing and tracing programme.