For the first time, astronomers watched a space rock turn into a comet… 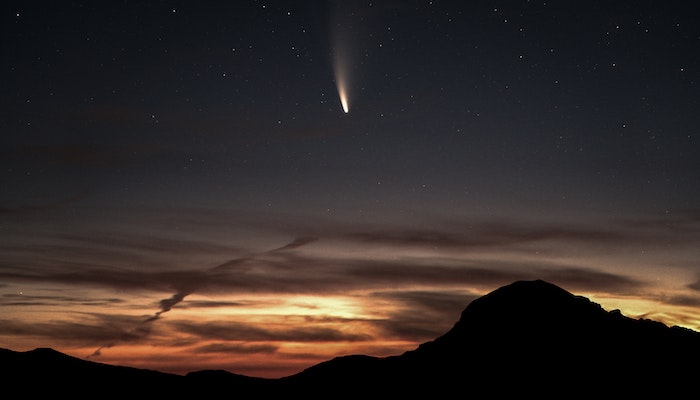 Just like the mythical half-human, half-horse creatures we learnt about during our childhood, centaurs in our solar system are also known as half-asteroid, half comet formations. Also known as P/2019 LD2, this hybrid was found by astronomers using the ATLAS telescope - as they watched it morph from one type of space rock to the other, something that has never been recorded...

What Is a Centaur?

Centaurs are icy pieces of rock typically located between Jupiter and Neptune. They cross the orbits of one or more of the giant planets in our solar system during their journey around the sun, meaning their orbits are inherently unstable.

What Did The Astronomers Find?

When the team of astronomers found the object, its rocky and icy appearance with an unstable orbit strongly suggested it was a centaur. Because of that mixed composition and it’s potential to move around the solar system, there has been a long suspicion that these odd space rocks are a missing link between small icy bodies in the Kuiper belt and comets that regularly visit the inner solar system.

Centaurs orbit the sun once a decade or so, and make constant repeat appearances in the Earth’s skies. When the astronomers discovered the LD2 in the ATLAS Telescope in Hawaii, Astronomer Kevin Volk and colleagues calculated that it will become a comet in as little as 43 years.

“It’s weird to think that this object should be becoming a comet when I’m retiring,” Volk says. It’s amazing!

After hearing about LD2, Volk and his colleagues attempted to research where the object had been and where it is heading for. Using thousands of possible simulated trajectories, they have predicted they LD2’s orbit took the rock near Saturn at around 1850, then it had a close encounter with Jupiter in its current orbit in 2017. Regarding the future, the team learnt the object will leave its present orbit and move towards the sun in 2063, where the heat from the sun will probably divert the elements and birth its cometary tail.

What Is Our Future With Centaurs?

There is a region of space just beyond Jupiter known as the “Gateway”. In this area, an unknown number of small planetary objects float while warming up and transitioning from outer solar system ice balls to inner solar system comets with long tails. It’s essentially an incubator for comets.

The fact that LD2 is fairly new to the inner solar system suggests that it’s been isolated in the “incubator” for billions of years, unaltered by the heat of the sun. That would make it one of the earliest time capsules of the early solar system, and studying it could help planetary scientists learn what planets were first made of.

It’s extraordinary how one sighting can answer so many questions, produce so much research. This story will go down in history, and it’s why we love Science.

We are a team of professionals providing a variety of services for laboratories and research centres across the UK. From relocating laboratories to storing your goods in our safe warehouses, we are here to help.