Innovative companies are changing the face of vertical farming

The vertical farming market will exceed $1 billion by 2030, according to a new report by IDTechEx.

Vertical farming, the practice of growing crops indoors under tightly controlled conditions, is continuing to expand rapidly. By using LED lighting tailored to the exact needs of the crop, alongside advanced hydroponic growing systems, and growing crops in vertically stacked trays, vertical farms can achieve yields hundreds of times higher than the same area of traditional farmland.

Investors and entrepreneurs alike are excited about the potential of vertical farming to revolutionize the global food system and some vertical farming companies have raised dizzying amounts of money. Plenty, a San Francisco-based start-up, and the most well-funded vertical farm, has raised $401 million in funding, with backers including SoftBank, Alphabet Chairman Eric Schmidt and Amazon CEO Jeff Bezos. Fellow US start-ups AeroFarms and Bowery Farming are not far behind, with $238 million and $167.5 million in funding, respectively.

While there has been much attention on these companies and their exploits, there are dozens of other companies in the industry developing their own approaches to vertical farming. Here, we explore some of the most innovative vertical farming start-ups, based on the recent IDTechEx report, "Vertical Farming 2020-2030".

Freight Farms recently released its most advanced container farming system, the Greenery, which it believes is the most advanced container farming system in the world. The Greenery is a turnkey system that uses an array of sensors to continuously monitor the growing conditions inside the farm, with the farmhand software automatically making adjustments and planning watering cycles in order to provide the optimum environment for growing crops and allowing users to control their Greenery remotely from a smartphone. 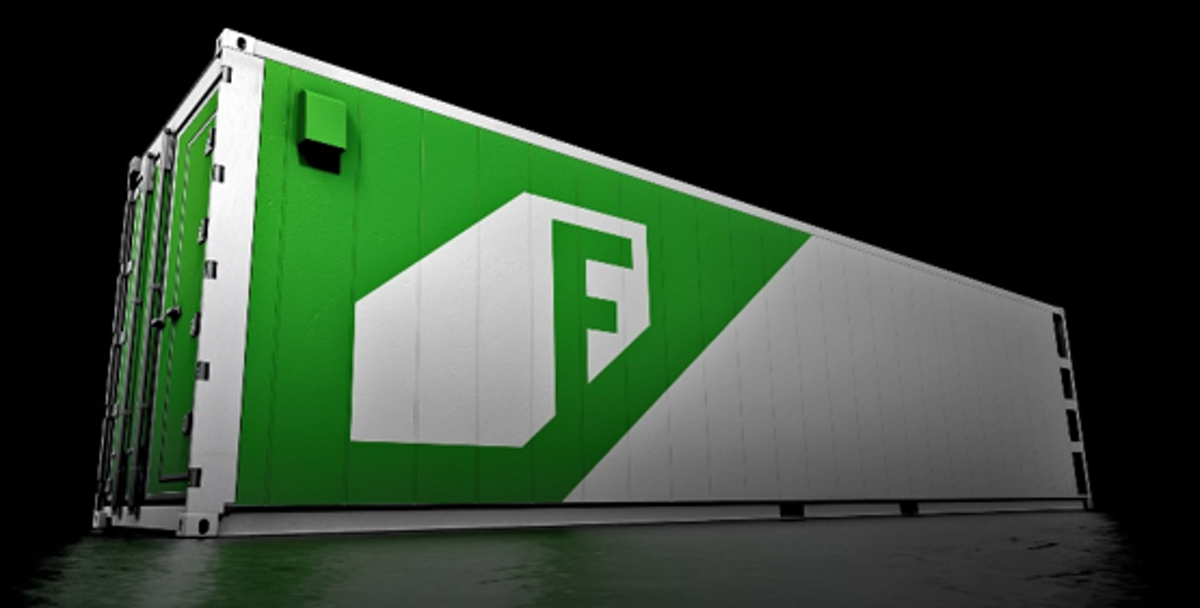 Despite their potential, many vertical farming start-ups have struggled over the years with the labor costs and power requirements for running a high-tech indoor farm. This has often forced producers to sell their crops at a much higher price than conventionally farmed leafy greens. Additionally, many founders of vertical farming companies have little experience in the food industry and can struggle with the day-to-day realities of running a food production industry.

80 Acres is an Ohio-based vertical farming start-up aiming to overcome these challenges by constructing the world's first fully automated indoor farm. The company was founded in November 2015 by Tisha Livingston and Mike Zelkind, who between them have over 50 years' experience in the food industry. Collaboration is also important to 80 Acres. The company believes that vertical farming is a very multidisciplinary field, requiring collaboration between partners who are experts in their own discipline. Signify (formerly Philips Lighting) developed the LEDs used in the facility and Dutch greenhouse automation company Priva developed the control and fertigation systems, with 80 Acres using its experience in food to bring the system together and integrate the technology

The company currently operates a 75,000 square foot facility in Hamilton, a suburb of Cincinnati, which is set to expand to 150,000 square feet in summer 2020 following a $40 million investment from Virgo Investment Group. When completed, 80 Acres claims this facility will be the world's first fully automated indoor farm. The farm will be automated from seeding to growing to harvesting, using robotics, artificial intelligence, data analytics and around-the-clock monitoring sensors and control systems to optimize every aspect of growing produce indoors. 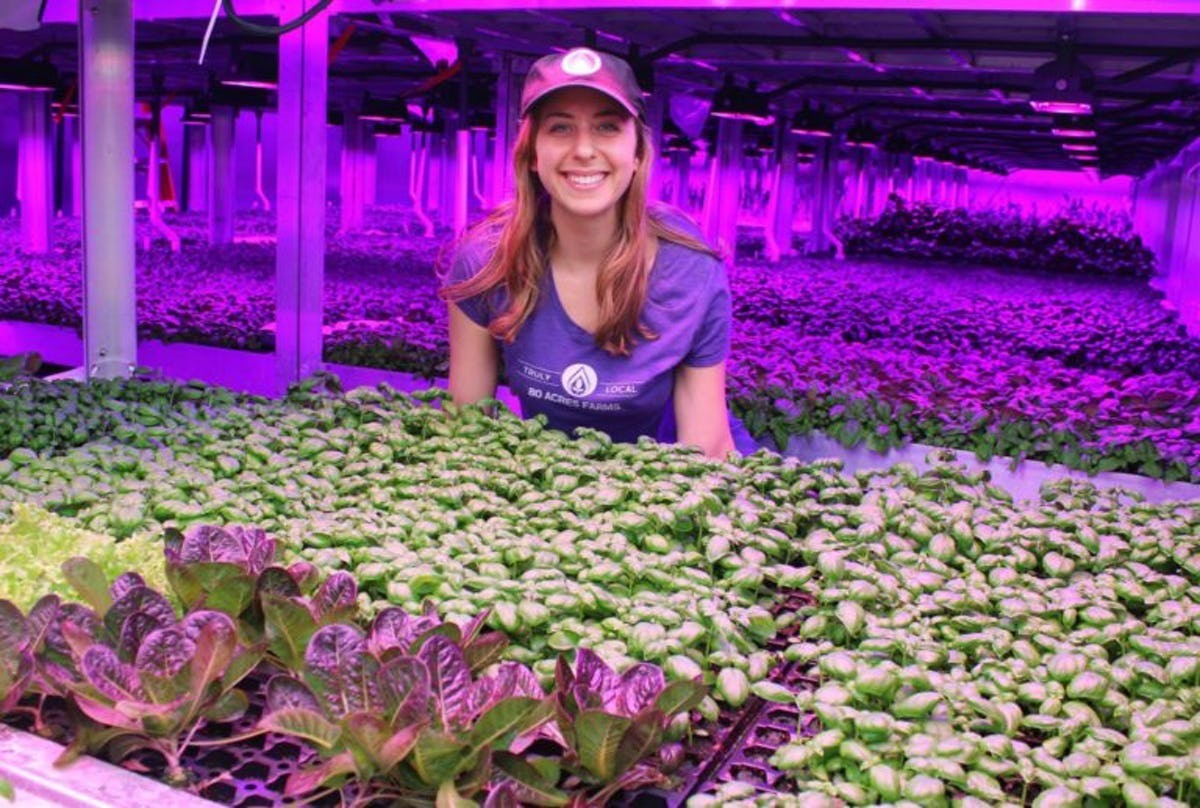 Inside one of 80 Acres' vertical farms. Source: 80 Acres

Jones Food Company focuses on maximizing automation and robotics in their facility to minimize operating costs, with its facility being modeled on a car factory, with the growing process resembling a production line - over the 25-day growing period, plants move from one end of the facility to another. Much of the work is done by machines, helping to reduce labor costs. Harvesting is carried out by bespoke machines and the heavy lifting is performed by a robot called Frank. This focus on automation means that only six employees are required to operate the Scunthorpe facility.

Jones Food Company has partnered with UK online grocery company Ocado, which currently owns about 70% of the business. Through this partnership, Jones Food Company is aiming to set up vertical farms next to Ocado's grocery depots, meaning that fresh produce could be delivered to shoppers within an hour of being picked. 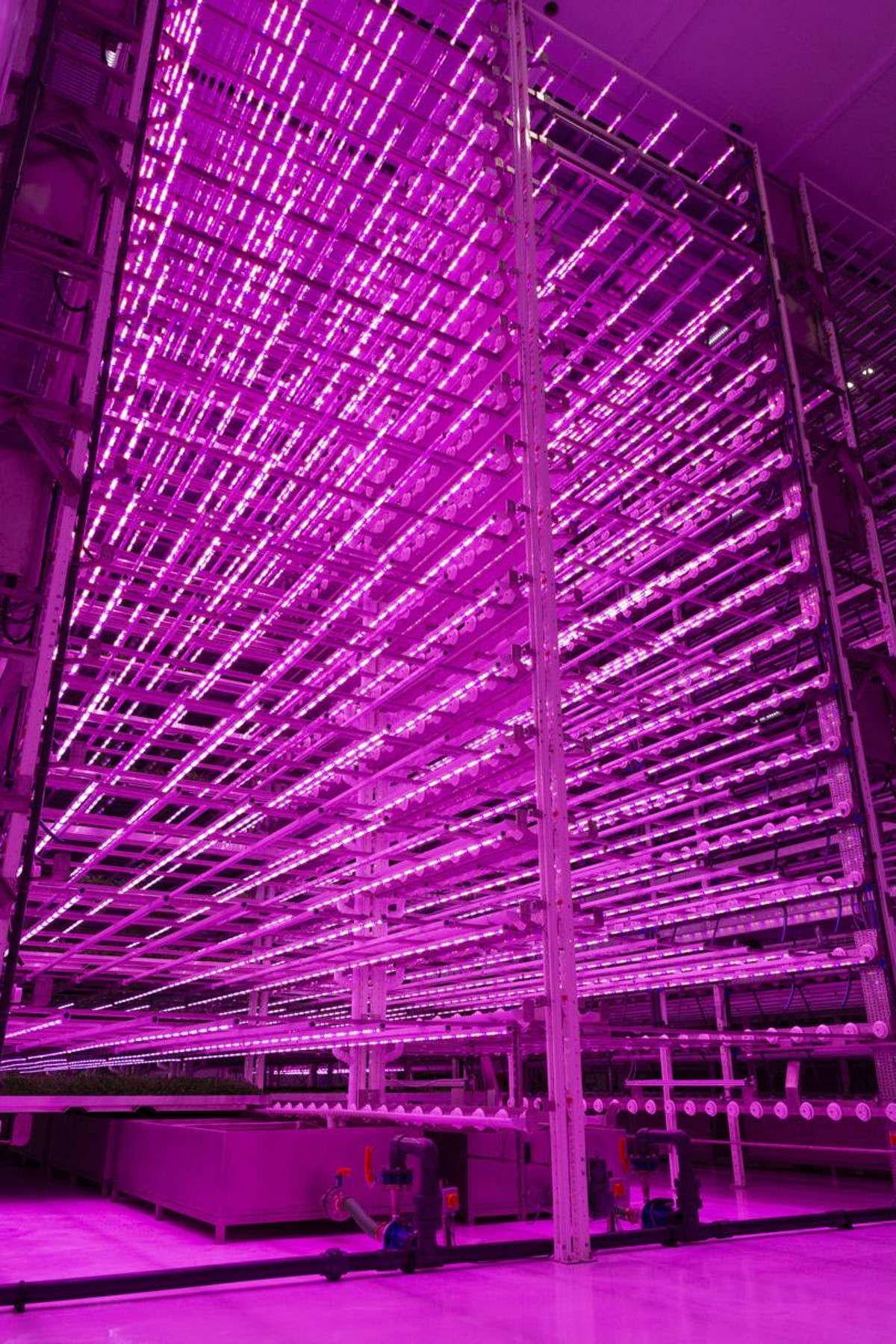 Infarm is a Berlin-based start-up that sells modular, hydroponic vertical farms for growing leafy greens and herbs in supermarkets, schools, and offices. A single two-square meter unit can grow 8,000 plants in a year, with the company claiming its farms use 95% less water than soil-based farms, take up 99.5% less space, use zero chemical pesticides, need 90% less transportation and use 75% less fertilizer.

Infarm has partnered with several major supermarkets across Europe, where it has currently deployed over 500 farms in stores and distribution centres. The company is also beginning to expand in the USA, having recently partnered with Kroger to trial its indoor farms in two QFC stores in Seattle. In the UK, it has partnered with supermarket chain Marks & Spencer, which is trialing in-store urban farming in seven locations in London, growing Italian basil, Greek basil, Bordeaux basil, mint, mountain coriander, thyme and curly parsley.

The company's business model is based around an "agriculture-as-a-service" model. The modular farms remain the property of Infarm, which receives income per harvested plant. Infarm then coordinates with clients such as retailers and takes care of the farm including installation, cultivation, harvesting and maintenance. Aside from the regular visits by service personnel to plant new plants, the farms are controlled remotely. This modular, data-driven and distributed approach — a combination of big data, IoT, and cloud analytics — sets Infarm apart from competitors. From a price point, Infarm is attractive for supermarkets, which get a better product at the same price. In addition, the plants, especially herbs, are harvested fresh, preserving color, smell, flavor, and nutrients. 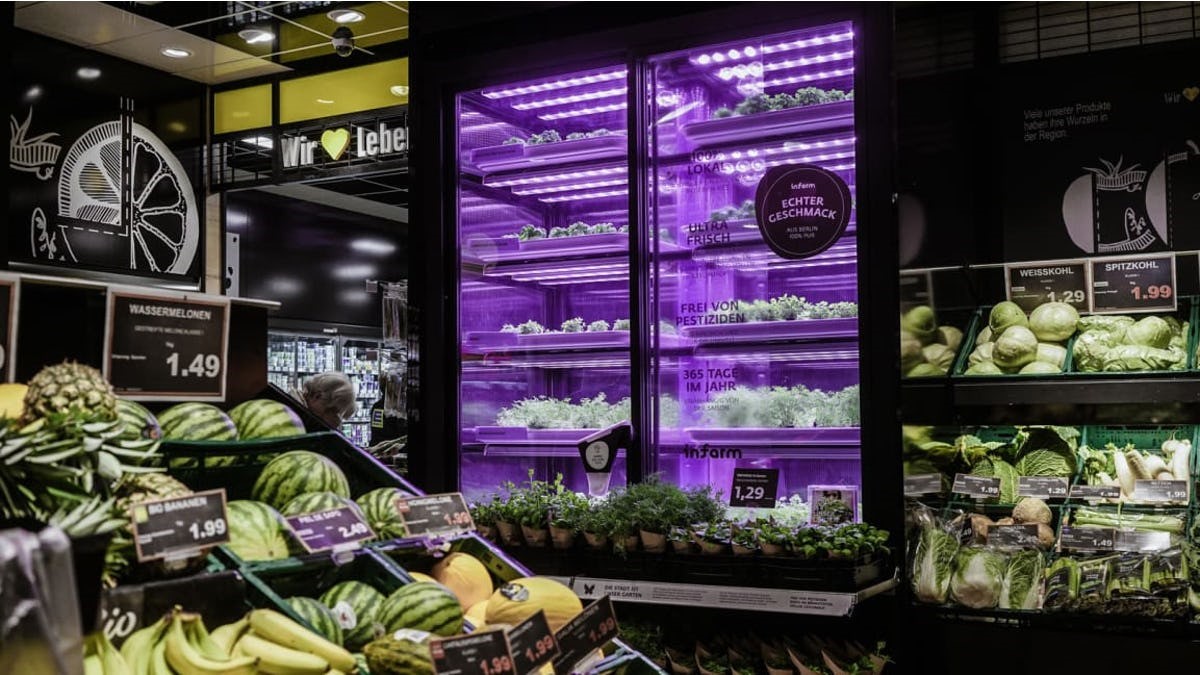 Infarm's small, modular vertical farms can be set up inside supermarkets, letting customers pick their own fresh produce. Source: Infarm

For more information about the vertical farming industry and the innovative companies operating within the space, please see the recent IDTechEx report, "Vertical Farming 2020-2030" by visiting www.IDTechEx.com/VertFarm or contacting us at Research@IDTechEx.com.

Are investors seeing more opportunities in vertical farming as a result of the current global situation? What are the drivers for innovation in vertical farming? What has changed in Controlled Environment Agriculture in the past 12 months? Find out in AgritechE's CEA Lite virtual event on Thursday 10 September
Register here>>>