The Arctic could be free of sea ice by 2035, warns British Antarctic Survey 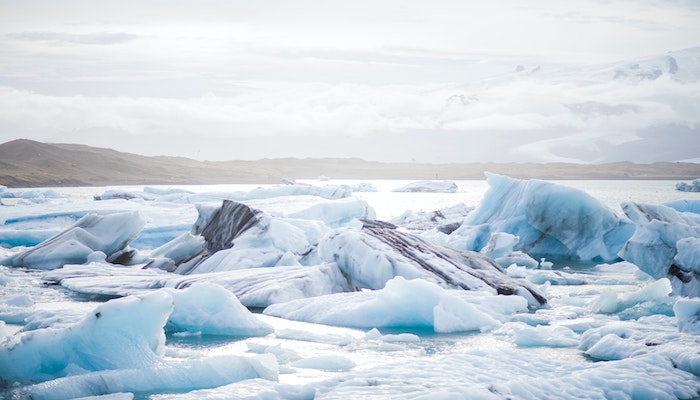 According to a new study involving the Cambridge-based British Antarctic Survey, the Arctic could be free of sea ice by 2035, potentially causing big consequences for the global climate, ecosystems and human activities worldwide.

If you are a fanatic for animal and global warming documentaries/studies, you will know that for years our extremely cold Arctic has been struggling for decades, mainly due to human-based activity. But while activism helped stop Shell and convince the US government to stop oil drilling in this fragile ecosystem, the region is still impacted by global warming more than any other place in the world.

The people and animals that live in the Arctic depend on its unique environment to survive. For them, climate change is not up for debate, it’s a daily reality and it’s causing Arctic ice to melt at a concerning rate - meaning more heat is absorbed by the ocean.

With this in mind, if the research proves to be correct, it could have a huge impact on the world and the region’s ecosystem - the animals, the sea level, the weather. High temperatures in the Arctic during the interglacial have been puzzling scientists for centuries. Using the Met Office’s Hadley Centre climate model, a team of international researchers used the model to compare the current sea ice conditions with the conditions almost 130,000 years ago. They concluded that the intense impact of Spring and Summer sunshine created many melt ponds, which played a significant role in the melting of sea ice.

Therefore, the British Antarctic Survey decided to use the same model to create a simulation of sea ice in 2035. “Unravelling this mystery was technically and scientifically challenging. For the first time, we can begin to see how the Arctic became sea ice-free during the last interglacial.” Dr Maria Vittoria Guarino, Joint lead author and Earth system modeller at the BAS says.

“The advances made in climate modelling means that we can create a more accurate simulation of the Earth’s past climate which, in turn, gives us greater confidence in model predictions for the future.”

Dr Louise Sime, the group head of the palaeoclimate group and joint leader author at BAS, adds: ”By understanding what happened during Earth’s last warm period we are in a better position to understand what will happen in the future. The prospect of the loss of sea-ice by 2035 should really be focussing all our minds on achieving a low-carbon world as soon as humanly feasible.”

Unlike glaciers and icebergs, which are shelves of ice floating in open water, sea ice is frozen water. It forms and melts in the ocean, meaning it doesn’t directly impact sea levels. The surface of sea ice reflects about 80% of direct sunlight. However, during the Spring and Summer, shallow pools of water, known as melt ponds, will form on the surface of sea ice, allowing sunlight to be absorbed by the ocean. This is renowned as the Albedo effect.

Sea ice is vital to the species and communities living in the Arctic. If warming temperatures continue to melt sea ice gradually, it’s ability to just reflect the sunlight will vanish, more solar energy will be absorbed and temperatures will continue to rise.

It will be interesting to see how we, as humans, respond to this message; how (and if) global groups and organisations will take action to save the planet’s most unprotected ocean.

Benchmark Services; a team professionals relocating scientific laboratories and medical centres across the UK. Offering other services including delivery and installation, storage in our warehouse, and the removal or recycling of redundant equipment.

If you are interested in any of these services, please enquire by contacting 01480 423810.