Merger control – should you notify the CMA? 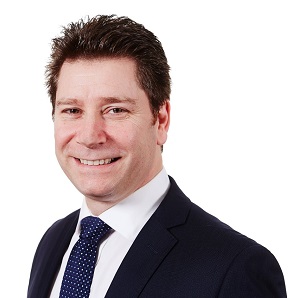 The Competition and Markets Authority (CMA) recently released its final report on a merger involving the owner of the UK’s largest online retailer of made-to-measure blinds, Blinds2Go, and one of their closest competitors, 247Curtains. The outcome acts as a word of warning to those who engage in mergers and acquisitions, but choose not to notify the CMA.

Rafael Ruiz, Birketts’ Partner and Head of its Corporate and Commercial team, writes:

In 2013, Hunter Douglas, a US corporation, acquired a 49% stake in 247Curtains (who at the time were the third largest supplier of window coverings, including blinds, shutters and curtains in the UK) and options to purchase the remaining 51% in 2019. In the period between 2013 and 2019 Hunter Douglas also acquired a controlling interest in Blinds2Go, now the UK’s largest online retailer of made-to-measure blinds.

When the purchase of the remaining 51% of 247Curtains completed in 2019, the CMA launched a Phase 1 investigation and determined that both the 2013 and 2019 transactions were relevant merger situations, which had, or were likely to lead to, a substantial lessening of competition in the market, on the basis that Blinds2Go and 247Curtains were close competitors, leaving purchasers of online made-to-measure blinds with few alternative suppliers. The merger was therefore referred for a more in-depth Phase 2 investigation.

In its Phase 2 investigation, the CMA found that the 2013 transaction did not after all constitute a ‘relevant merger situation’, because of the size of the market share of the parties at that time, and was therefore not within the scope of the merger control regulations. However, due to the increase in the parties’ combined market share for online made-to-measure blinds in the UK in the period between 2013 and 2019, which went above 25%, the 2019 transaction was confirmed as a relevant merger situation, and thus subject to merger control regulation. The Phase 2 investigation also determined that the 2019 acquisition had resulted in, or may result in, a substantial lessening of competition in the market.

As a result of the findings of the Phase 2 investigation, the CMA has determined that Hunter Douglas must sell a controlling interest (51%) of 247Curtains, to a buyer that has been pre-approved by the CMA.

This case highlights the risks of entering into transactions which, as a result of the combined market share of the parties concerned, constitute a ‘relevant merger situation’, and may result in a substantial lessening of competition in a market, without notifying the CMA in advance, or making the transaction conditional on the CMA not raising objections. The case also shows the extensive powers that the CMA has to ‘undo’ completed transactions, sometime after the event.

If your business is considering any transaction, either as a buyer or seller, which may lead to the creation of a combined market share of 25% or more, or any increase to a market share already above 25%, then it is imperative to consider the impact of UK merger controls and the powers of the CMA.