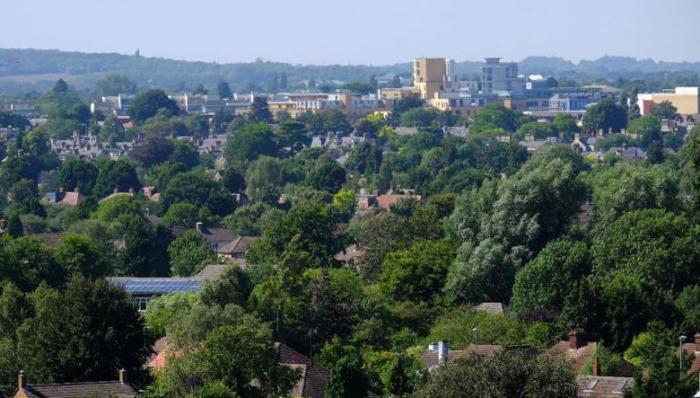 A £2m expanded skills programme to help people retrain and find work in the wake of the Covid-19 pandemic has been approved by the Greater Cambridge Partnership (GCP) Executive Board.

Members agreed to a new four-year contract to build on the success of the Greater Cambridge Apprenticeship service, which has significantly increased apprenticeship take up in the area and given hundreds of people careers advice, helped them find work, and learn new skills.

The GCP’s Executive Board also gave the green light for work to start on £35m of new dedicated cycling Greenways and commissioned public consultations on the Waterbeach to Cambridge and Cambridge Eastern Access schemes, which are looking at creating dedicated public transport routes alongside provision for cycling, walking, and other ‘active travel’.

Cllr Roger Hickford said: “This investment in skills will help to provide support, advice and access to work for hundreds of people, which will become vital during the economic recovery from Covid-19. It will also help businesses to take on apprentices and help them find the right people for the roles they have available.

“The A10 and A1134 routes suffer from significant congestion, with thousands of new homes and jobs planned in the area, so it is vital we invest in better public transport and walking and cycling routes now to help people travel around quickly and safely without relying on a car, so we can cut congestion and improve air quality. I look forward to seeing what people think about our plans in the public consultations that will launch later this autumn.”

The ambitious skills proposals – a £1.5m increase on the current programme – include an enhanced package of activities to help people retrain and to support businesses find the right people for the roles they have available.

Public consultations on the Waterbeach to Cambridge and Cambridge Eastern Access schemes will launch in the coming weeks.

These projects – along with other dedicated public transport, cycling and walking routes – aim to reduce congestion along major traffic corridors, improve air quality and form an integral part of the Cambridgeshire Autonomous Metro (CAM) in the future.

The five Greater Cambridge Greenways routes are part of a £35m investment into walking and cycling. These routes are:

The GCP has already agreed six other Greenways with the Haslingfield route due before the Board for a decision in December.

The GCP-funded apprenticeship service has helped 310 people get an apprenticeship and all 23 secondary schools and colleges in the area have been able to offer students additional careers advice and education.

This work will become even more vital in the economic recovery from Covid-19, with government statistics showing the largest drop in available vacancies since records began in 2001 and the highest number of job losses nationwide since the 2009 financial crisis.

The current GCP Apprenticeship Service contract, delivered by Form the Future and Cambridge Regional College, is due to end in March 2021. The new four-year contract is subject to a procurement process.

For more information about the GCP’s skills programme visit www.greatercambridge.org.uk

A four week public engagement campaign on the Waterbeach to Cambridge and Cambridge Eastern Access schemes over the summer resulted in hundreds in responses. People were asked to comment on the early plans on a virtual map, and complete a short survey.

Options for a new route connecting the expanding town of Waterbeach to Cambridge include a new segregated rapid mass transit route, which could form part of the CAM Metro project in the future, alongside dedicated cycling and active travel routes that could integrate into the GCP’s Waterbeach Greenway and Chisholm Trail projects.

These options look to deliver the improvements needed to help alleviate peak time congestion on the A10 and crowding on the King’s Lynn to Cambridge train line and meet the increased transport demand that Waterbeach new town will bring.

The Cambridge Eastern Access project is tackling the problem of how best to improve public transport and active travel to improve air quality along the busy Newmarket Road A1303/A1134 corridor.

The proposals could be delivered in two phases – a first phase that would look to add various bus priority measures and other on-road improvements to Newmarket Road, as well as possibility of a relocated and expanded Newmarket Road Park and Ride site, and a second phase that would create a new dedicated public transport route that would form an integral part of the wider CAM in the future.

A further option could see more trains on the Cambridge to Newmarket railway line and new railway station in east Cambridge, but this would be subject to the Local Plan, infrastructure improvement and investment from other organisations, including Network Rail.