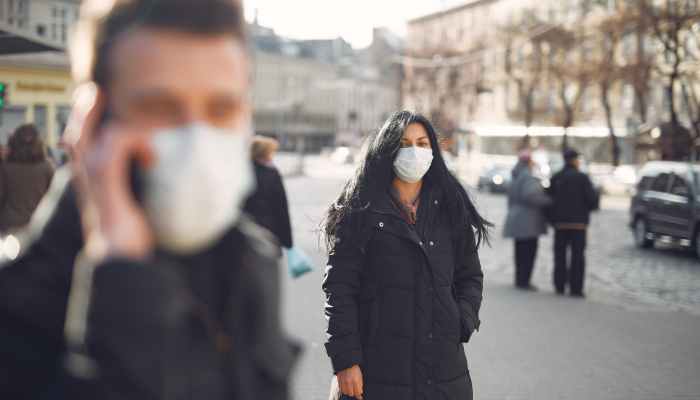 Researchers from Cambridge, Columbia and Harvard universities surveyed more than 101,000 people in 55 countries to find out whether they had been staying at home during the coronavirus outbreak, beginning in late March.

The answers responding to this survey can be used as evidence to suggest an understanding of how hard people found it to stay at home, especially those who regularly socialise and leave the house. The data will be used for future insight into any further restrictions.

Researchers found a person’s personality can influence how likely they are to stay at home during a pandemic. They discovered that extroverts were the least likely to follow official guidance to stay at home. Tailoring public health messages towards these socially, outgoing groups of people could encourage more compliance and help tackle the spread of coronavirus, the researchers suggest.

Typically, psychologists use five key traits to characterise personality types. These are agreeableness, conscientiousness, extroversion, neuroticism, and openness. All five of these traits were gently monitored during the study to help categorise the responses from the survey.

Dr Freiedrich Götz, in the University of Cambridge’s Department of Psychology, said: “Extroverts are gregarious and sociable, and they found it especially hard to stay cooped up at home and not see other people.”

“They were most likely to break lockdown rules, and stayed homeless than people of any other personality type during March and April.”

Those who scored high on the agreeable chart tend to be more compliant and trusting, whereas conscientious ones are hard-working and obedient to the law. Therefore meaning, these people scoring highly for these personality traits stayed at home when advised to do so by the Government.

On the other hand, however, the group of people who scored highly neurotic chose to stay at home even before lockdown restrictions were put into place because they were concerned about catching coronavirus so early into the panic.

“Highly neurotic people had decided early on that this virus wasn’t something to mess with, and they were staying at home,” said Dr Götz.

The Government regulations, including social distancing and the temporary close-down of businesses and leisure facilities, were put in place to prevent the public from going out. Only supermarkets and health care remained open for the benefit of local families. With these tight restrictions put in place by many governments in late March and April, there was high compliance with more than 80% of people surveyed globally that they were staying at home.

Eighty per cent sounds good when you consider the number of essential workers, however, researchers stressed that even a small percentage within the 20% who may be bending the rules, can have severe consequences on the rate of infection.