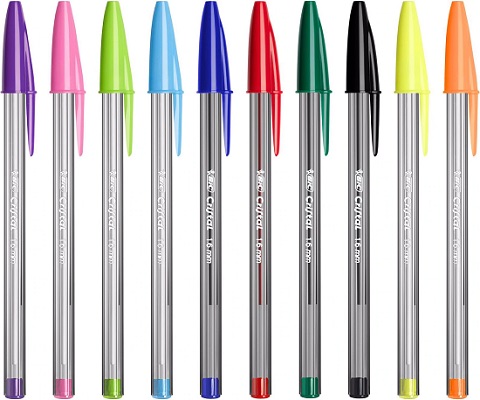 Join a webinar on Monday 16 November to hear the story behind the BIC-Iprova Invention Lab. Want to know more about why BIC chose to open a dedicated invention lab, or the technology and thinking which lie behind the digital transformation of invention?

The power of the world’s information has already been used to change many industries – from marketing through to energy. Now Anglo-Swiss company, Iprova, is bringing the same transformational changes that have already been seen in other industries to innovation, and specifically the creation of inventions.  The company’s customers already include Nokia, Philips and Sony.

“When the Intellectual Assets which result from invention can account for a significant part of a company's valuation, it makes no sense that the way these inventions are created relies on an intrinsically analogue process, which is even sometimes regarded as magical.  By using the inventive power of the world’s information, Iprova is changing invention from the serendipitous to the robust," says Julian Nolan, the CEO-founder of Iprova.

By deploying a machine learning-based, data-driven approach to inventing, the process of coming up with inventions is no longer limited by the knowledge of individuals or teams. Instead, the technology behind the software tracks in real time scientific, technological, market, and social advances. With such a diverse input of information, Iprova’s human inventors are given the power to invent with unmatched speed and disruption.

BIC, a world leader in stationery, lighters and shavers, worked with Iprova on two two successful pilot projects which focused on enhancing consumer benefits in BIC’s stationery and shaver product categories. The two companies began working together in January 2019.  Following the success of the pilot projects, in June 2020 BIC announced a partnership with Iprova to launch the BIC-Iprova Invention Lab to enhance BIC’s Innovation and Research & Development (R&D) capability.  The first priority for the lab is in the stationery category, helping to create products that allow consumers to better express themselves and make their lives simpler.

The BIC-Iprova Lab is now operational and delivering inventions at scale.

If you would like to learn more about why BIC chose to open a dedicated data-driven invention lab, and the technology used, why not join the BIC-Iprova webinar on Monday 16th November? You can register here and indeed join in wherever you are.

Iprova has reinvented invention, enabling users of its invention platform to invent with unmatched speed, disruption and efficiency. Come and join our fast expanding, fun loving and tech-savvy team in either London or Cambridge. We are actively recruiting.