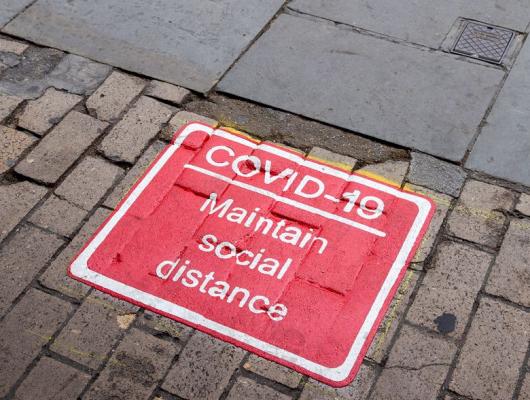 A consultation on trial measures introduced to make it easier for people to walk and cycle around Cambridge during Covid-19 has been launched today.

The Greater Cambridge Partnership rolled out a raft of trial schemes over the summer to help people maintain social distancing as they travel and the six-week public consultation asks whether they should be made permanent, changed or removed.

The trials – known as Experimental Traffic Regulation Orders (ETROs) – include the closure of various streets to through motor traffic and the extension of the Silver Street bus gate in the city centre to support active travel like cycling and walking. The measures are part of a wider programme led by Cambridgeshire County Council.

Chair of the GCP Executive Board Cllr Roger Hickford said: “Supporting active travel has been vital in the response to Covid-19, and so these measures were installed quickly to help people get around and to support businesses.

“We are asking people to tell us what they think of these experimental schemes now that they have had an opportunity to see how they work.

"We hope these measures have encouraged more people to get on their bike or to walk, instead of using their cars, as we try to create the changes needed to improve air quality, reduce carbon emissions and congestion and transform how people travel around Greater Cambridge now and in the future.”

Papers for the GCP’s Joint Assembly, which meets on 19 November, have been published today and can be found on Cambridgeshire County Council's website.

The Public Transport and City Access report sets out progress on the GCP’s work on a range of schemes to improve sustainable transport journeys and reduce pollution, including additional cycle parking, improving access to ebikes and cargo bikes, and developing a pilot for deliveries and freight in the city centre.

This progress is also set out in the draft ‘one year on report’ for the Greater Cambridge Citizens’ Assembly, which will also be considered by the Joint Assembly.

The GCP plans to progress work on measures to improve air quality and allocate more space to public transport and active travel in the short-term, as part of a phased-approach to the ‘City Access’ programme, with long-term options expected to be reviewed again by the Executive Board next year.

Another key report is the GCP’s updated Future Investment Strategy, which sets out how the GCP will use its funding over the next decade to transform Greater Cambridge’s transport system, securing lower emissions from transport and enabling sustainable growth.

To have your say in the public consultation on the ETRO measures visit our Consult Cambs website. The consultation closes to comments on 18 December.