Three new artists in residence at the Cambridge Biomedical Campus 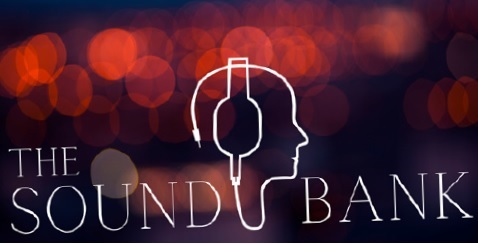 Cambridge Biomedical Campus (CBC) is pleased to announce the appointment of David Blandy, Andrea Cockerton and Hannah Jane Walker as Artists-in-Residence from November 2020.

Each will bring their depth of curiosity and expertise to the campus over the next 10 months, engaging employees, researchers and patients in the creation of cultural projects that respond to campus life, past, present and future. 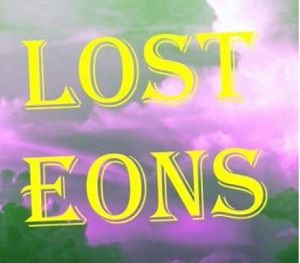 Blandy’s project Lost Eons will explore a new kind of social space and imaginary world, culminating in the creation of a table-top roleplay game based on CBC’s geography and history. Cockerton’s project The Soundbank (top) will involve CBC participants in creating, recording & performing original music, capturing it all in apps for iOS & Android devices.

Walker’s project Making Visible will ask CBC researchers: What do you hope for in your work? What does your organisation mean? Through four exploratory writing workshops, she’ll draw out key phrases that will be made visible through text installations across the campus.

The Artist in Residence Programme has been curated and managed by international cultural placemaking agency, Futurecity, who are also behind artist Ryan Gander’s visioning for The Green in the Gardens in 2019. The programme is led and funded by property developers Countryside Properties and Liberty Property Trust under the s106 agreement with Cambridge City Council to deliver public art across the CBC expansion land. Blandy, Cockerton and Walker were selected by the Public Art Steering Group, made up of CBC stakeholders and external advisors.

Natalie Ellis, Head of Arts, Cambridge University Hospitals NHS Foundation Trust, said: “We are so pleased to be welcoming three creatives who can tap into the varied talents of people based on the campus—from writing to music making to illustrating—all the while generating new and unexpected connections at a time of increased physical disjointedness. Their work will be invaluable to the campus and to our community at this time.”

Andrew Blevins, Managing Director, Liberty Property Trust, said: “After the completion of Ryan Gander’s The Green and the Garden’s last year, Liberty and Countryside are excited by the potential for this commission to build and nurture unexpected collaborations between the CBC research and healthcare community that will support innovation in science and health.”

Andy Robinson, Head of Strategy, Futurecity, said: “People need art now more than ever. We look forward to watching Blandy, Cockerton and Walker activate the Campus, enlivening it both virtually and in-person with their own examinations, interrogations and ambitions, all with a cooperative and inclusive spirit. Their works will further enrich the legacy of the past residencies and artist projects we’ve curated across the site.”

If you are based at Cambridge Biomedical Campus and would like to get involved, go to https://cambridge-biomedical.com/public-art-cambridge/events/collaborative-arts-projects-coming-to-cbc-virtually-this-autumn/  for a flyer with contact information for the artists and the projects.

David Blandy is an artist who works across digital video, video games and role play games while thinking about and working with the communities that surround each of these forms. Through his diverse practice, he questions our relationship to the culture that surrounds us, reflecting on the imaginary spaces that form our identity. Delving deep into video game, genre fantasy and Internet culture, he is fascinated by each form’s potential for communality and finding new forms of kinship. David Blandy has exhibited internationally, and has been selected for the Film London Jarman Video Award. He is represented by Seventeen Gallery, London and his films are distributed by LUX, London.

Andrea Cockerton is a composer whose musical career started at the tender age of seven when she played The Entertainer at an Old Time Music Hall concert in a village hall. In 1989 she was named West Suffolk Young Musician of the Year and in the late 80s won a music scholarship to Uppingham School, followed by a choral scholarship to study music at Trinity College, Cambridge.  During her time at Trinity she sang, toured and recorded as part of the highly regarded Trinity Choir, under conductor Richard Marlow.  However, neither life as a pianist nor pursuing becoming a singer felt ‘right’, so she moved towards her other passion of business and entrepreneurship… admittedly a slightly unexpected route for a musician.

For 15 years Cockerton worked in both London and Cambridge in the world of tech start-ups and finance, building expertise in pitching (a different form of sound communication) and keeping music as an unresolved hobby. In 2010, music won out. Cockerton created the ground-breaking sound experience company, We Are Sound, calling on all her musical and entrepreneurial skills. Three years later she founded the not-for-profit Dosoco music foundation to run alongside We Are Sound - Dosoco has gone on to give out over £20,000 to projects using sound and music to change the world - and in 2018 Cockerton was listed as one of NESTA (formerly National Endowment for Science, Technology and the Arts) and The Observer’s #50newradicals for this work. 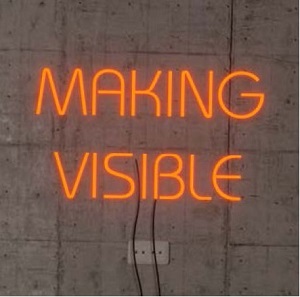 Hannah Jane Walker is a writer from Saffron Walden and Cambridge. She makes work that uses poetry as a way of talking, in theatres, public spaces and for radio. Working for people such as BBC Radio 4, British Council, Apples and Snakes. With collaborator Chris Thorpe she has created interactive shows exploring questions which seem too simple to ask, winning a Fringe First and touring the world. Plays are published by Oberon and poetry by Nasty Little Press and Nine Arches. Poems in anthologies by Forest Fringe and Penned in the Margins. She often works with vulnerable groups collaborating to create artworks. She is an Associate Artist for Cambridge Junction and National Centre for Writing.

Cambridge Biomedical Campus is a thriving community where the worlds of academia, industry, research and health meet, collaborate   and work to tackle some of the significant healthcare challenges facing the world today. As the largest employment site in Cambridge - encompassing renowned and much loved hospitals - we are focused on ensuring patients benefit from the Campus’ world-leading research. The international nature of the collaborations cut across traditional boundaries to allow us to work together on care, research and training. Our success is based on everyone’s willingness to unite to exert a powerful global influence as the Campus attracts world class companies, investment and talent to Cambridge with the aim of improving healthcare and knowledge. For more information visit www.cambridge-biomedical.com