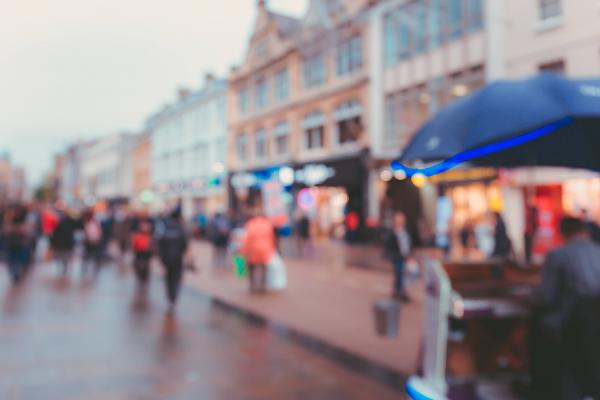 The latest news from the retail sector is bleak. Arcadia is on the brink of collapse, having gone into administration, and it appears that their demise means that the rescue deal put forward for Debenhams will also fail. Susanne Hinde of Hewitsons comments...

Commentators have blamed the lack of the agility of these retailers to move online with Covid -19 being the catalyst, accelerating a dramatic, and perhaps irreversible, change for the high street. It is clear, that the ability of these retailers to respond to changes in the market conditions may well have been hampered by financial commitment to long institutional leases in prime retail locations which the newer competitors do not have, and the traditional retailers no longer need, to the same extent  given the material shift in consumer behaviour.

Post war and for many years the retail boom has seen high streets and shopping centres thrive. Shopping Centre managers have long sought to encourage a mix of retailers into their centres with often the key anchor tenant playing a pivotal role around which other retailers cluster.  As a result, it is common to see restrictive covenants preventing developers letting space to other competing anchor tenants. As the retail climate has gradually worsened landlords have been pushed to the limits to secure their income streams. A Northern Irish case dealing with restraint of trade was considered by the Supreme Court in the summer.

The purchaser of a struggling shopping centre who was the assignee of the original developer sought to let space to a second retailer in competition with the original anchor tenant.  The case considered whether the restrictive covenant (that prevented the original developer or its successors letting part of the shopping centre to a second anchor tenant) amounted to a restraint of trade. If the restrictive covenant was held to be a restraint of trade the covenant would be unenforceable.

The Court of Appeal decision was that the assignee of the original developer was not bound by the covenant as it was a restraint of trade. The retailer appealed. The Supreme Court weighed on the one hand the freedom to trade on and on the other the enforceability of contracts in the interests of trade. It held that the restrictive covenant was enforceable. It has long been accepted that the grant of a lease in part of a shopping centre would include a restrictive covenant in relation to the use of other parts of the centre.  Accordingly, it held that the doctrine of restraint of trade had not been engaged. Instead the assignee of the original developer could seek an alternative remedy by going to the Northern Irish equivalent to the Lands Tribunal to seek to modify or extinguish the covenant if it constituted an impediment to the enjoyment of land.

The pandemic has exacerbated problems in the retail sector for operators of all sizes. Although, the relaxation of the restriction may have helped the shopping centre in this case recover it would have done nothing to protect the original anchor tenant and their no doubt considerable investment in that location in an increasingly hostile market.  As the sector struggles to find a lease model that works for landlords and tenants alike those retailers looking to survive will need to be agile, flexible and perhaps also lucky.

For advice on all matters relating to commercial property do not hesitate to contact Susanne Hinde on 01223 532728 or click here to email her.