GCP Board asked to agree next steps on Cambourne to Cambridge 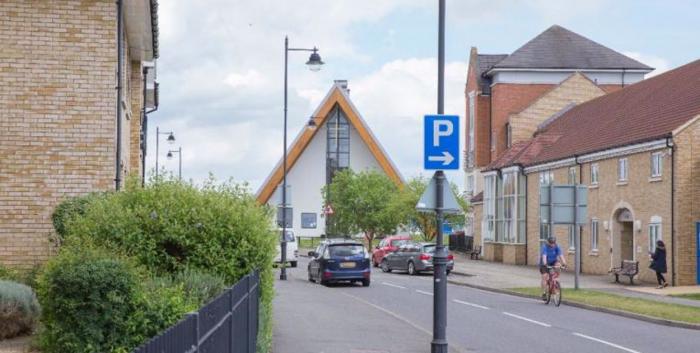 The Greater Cambridge Partnership’s Executive Board will be asked to agree the next steps on the Cambourne to Cambridge transport project.

The project, which sets out plans for a dedicated public transport and active travel route alongside a new travel hub to transform journeys between Cambourne and the city, will return to the agenda at the next meeting of the Executive Board on December 10.

The Board will be asked to note the outline business case and agree to an independent review of the project that will report back to them in July 2021. The report to the Board has been published here.

A public consultation on the detailed design and environmental mitigations for the scheme - part of an Environmental Impact Assessment - would be launched in the second half of the year subject to the findings of the review.

The Cambourne to Cambridge scheme has been on hold since February and, in light of concerns about further delays, the Joint Assembly urged the Board to agree the next steps for the project during its meeting in November.

The proposed scheme, which was presented to the Joint Assembly and Local Liaison Forum in January and June 2020, uses existing roads through Cambourne before joining a dedicated section of new road running through the planned Bourn Airfield development.

It continues south of the A428 and A1303 and re-joins existing roads in west Cambridge, via the Rifle Range, to travel on to key destinations across the city.

The plans include a new travel hub at Scotland Farm where people could park their cars or bikes and switch to fast and reliable public transport services. A dedicated segregated cycling and walking route would run along the entire length of the public transport track.

The Cambourne to Cambridge project is part of a package of sustainable transport schemes being delivered by the GCP using City Deal funding.

It is one of four public transport routes that together create vital links between new developments in the Local Plan and key employment hubs across the city and, in the future, can form an integral part of the Combined Authority’s Cambridgeshire Autonomous Metro system.

The GCP’s plans are continually reviewed to ensure compliance with local strategies and have been designed to be adaptable to developing CAM and East West Rail proposals.

For more information visit the Cambourne to Cambridge project page on the GCP website.

To read the papers to the Executive Board meeting on 10 December visit Cambridgeshire County Council’s website.