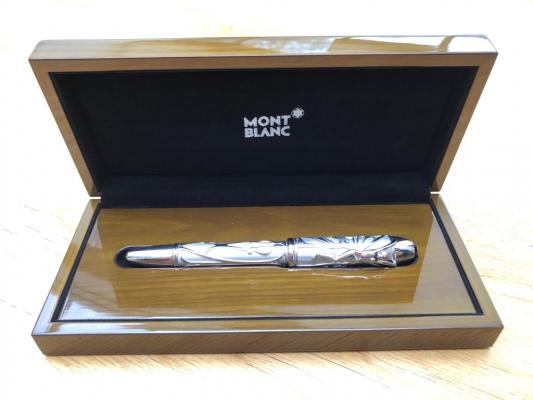 The huge auction of celebrity items to raise money for East Anglia’s Children’s Hospices (EACH) ended on Sunday, with a flurry of late bids taking the total to a phenomenal £146,466.

Celebrity Bottom Drawer featured over 200 lots from 100-plus celebrities such as Cate Blanchett, Ed Sheeran, Delia Smith, Paul McCartney, Ricky Gervais and Coldplay. The idea for the auction site was dreamt up and brought to fruition by Griff Rhys Jones, with the generous comedian throwing in plenty from his own drawers.

The five best-performing lots were:

Griff said: “It was a top drawer result for the bottom drawer auction, with wild and marvellous bidding right up to the end. I want to thank everybody who donated their treasures, everybody who bid and all the back room folk who made it happen, and now how have quite a job ensuring that everything gets to the right place as quickly as possible. It’s a happier Christmas for EACH and the people they are there for. The bidding wars are a bit brutal, so I'd love to just say to everybody who missed their lot that if they would consider putting some of their underbid into a Christmas box for EACH it would make a huge difference. Sometimes there were nine or 10 bids on items. If you missed out, don't let the hospices miss out. We really value your intent. You can still help.”

This was the fourth Christmas running Griff has raised money for EACH, with a star-studded show at Ipswich’s Regent Theatre last year having followed two solo performances in 2017 and 2018.

Becky Redbond, EACH Events Fundraising Manager, said: “Once again, after another superb Christmas fundraising effort, raising more than ever before, we’d like to say a massive thank you to Griff. Like all charities, it’s been a very tough year for EACH, but this certainly gives us a great and much-welcome boost at the end of it. We’d also like to give big thanks to Bid In, which hosted the online auction completely free of charge, as well as our sponsor Citrix, likewise all those who worked behind the scenes, the celebrities who donated and people who made such generous bids. We hope you enjoy the new year in the company of your new celebrity treasures!”

Derrick Keating, from Bid In, said: “Bid-In Group were delighted to partner on such an incredible event for such an incredible cause, at a time when physical fundraising events are just not possible. The levels of bidding where phenomenal, with over 20,000 visitors to the auction site and over 250,000 page clicks. Bidders from across the globe drove bidding to insane levels in the last 15 minutes, snapping up valuable treasures, but also some budget-friendly bargains, too.”

The timing of the auction could not have been better for EACH as, due to the effects of the pandemic, with shops having had to close and fundraising events having been cancelled, the charity has just forecast a loss of £2.2m in funding over the next 12 months - a third of the total it needs to support families across East Anglia.