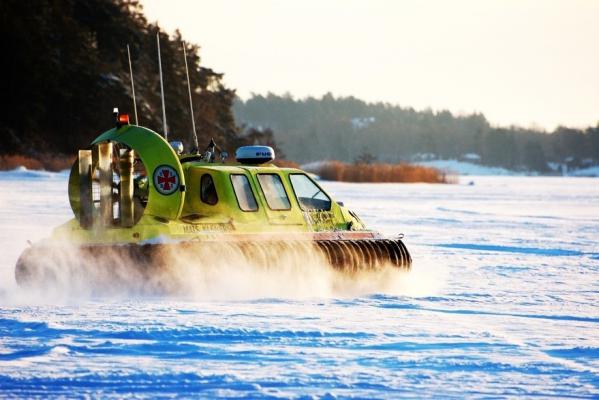 Swedish Sea Rescue Society in Sweden has enhanced its existing Sepura critical communications solution by upgrading to include Over the Air Programming, saving the team time and reducing costs while improving their programming capability.

Supported by Sepura’s Swedish partner Northcom, the rescue organisation has been able to implement powerful changes to its programming capability by programming radios wirelessly, with no requirement to bring all radios into a programming station.

The upgrade means that the organisation’s fleet of Sepura SC Series terminals can be re-programmed or updated whenever they are connected to a secure Wi-Fi connection, and without needing each individual radio to be physically connected to a programming device.

With radios based in multiple locations and shift working affecting when they can be made available for upgrades, this significantly eases the process of performing fleet wide updates.

The functionality is significant as it makes the reprogramming and radio update much simpler, more efficient and more flexible around operational needs. Using Sepura’s established Radio Manager programming tool, administrators can upgrade all SC Series radios across a fleet, whether they are used in vehicles, based in control rooms or hand-held models.

Over the Air Programming enables administrators to change many aspects of a radio’s setup; options include amends to a radio’s configuration, phonebook or talkgroup updates, enabling feature licenses, installation of AppSPACE applications or the upload of crucial data.

A Sea Rescue Society spokesperson said: “We often need to react quickly and decisively to an emergency. Over the Air Programming means that as our ships are being prepared for rescue, the radios can immediately be prepared to support this mission. It is easy now to make dynamic changes to radio configurations, to support our operations.

"Similarly, the radio fleet can be updated around shift times, but without the radios needing to be brought into the programming suite. This has removed a large administrative burden on our control team and allowed us to focus more time on our missions.”

Wireless programming vastly reduces the risk of radio downtime; rather than requiring every fleet radio to be in one central location for the process, the fleet programmer can programme multiple radios, at a set time.

Downloading data to the radio does not interrupt any communication and does not require user intervention. Users can continue with their duties while downloads run as a background task. Once downloaded, the user is still in control and triggers the installation process at the next radio switch off.

Upgrading to Over the Air Programming is a simple process as the programming environment already exists. Users simply connect radios to the site’s secure Wi-Fi connection and can move to the more dynamic wireless option.

Sepura’s Business Development Manager for the Nordics, Sergei Yarushin said: “OTAP is a great step forward for Sepura’s users who can make use of the advanced connectivity available through SC Series radios to connect to secure Wi-Fi devices, making the programming of radios easier, quicker and less of a resource burden to fleet administrators. As the world struggles to come to terms with the impact of Covid-19, it also reduces the requirement for radios to be handled by multiple personnel, reducing the risk of transmission of the virus.”

For more information on Sepura’s Over the Air Programming Solution, you can watch the video demonstration or visit www.sepura.com.