Over 400 lots to go under the hammer at major Jewellery, Silver and Watches Sale at Cheffins next month 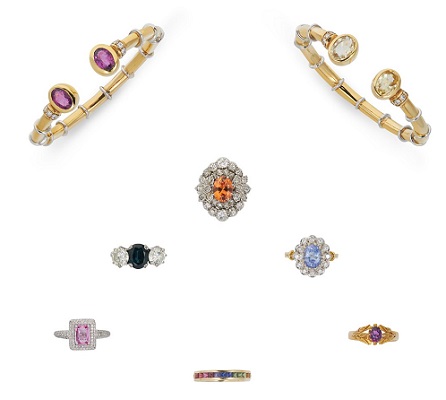 The first Cheffins Jewellery, Silver and Watches Sale of 2021 will take place on Thursday 15th April at the firm’s salerooms in Cambridge.

Fay Roach, jewellery specialist at Cheffins, says: “Sapphires are considered to be one of the ‘Big Three Gemstones,’ alongside emeralds and rubies, and they are generally thought to be blue, however there’s a wide range of colours including pink, purple, yellow, green, orange, white and different saturations of blue. The blue sapphire has been the gemstone of choice for the well-to-do for centuries, so it is no surprise that they have gained in popularity as the centre stone or accent stone in bridal and fashion jewellery. They really came into major popularity following the appearance of Princess Diana’s engagement ring in the 1980s which is a Ceylon Sapphire which truly put these gemstones on the map.”

There is also a strong contingent of traditional Georgian jewellery on offer, with unusual pieces including a lover’s eye portrait miniature ring with an estimate of £300 - £500 and a Georgian padlock bracelet with the same estimate. Also on offer are various cameo and gem set rings and mourning brooches.

Fay Roach continues; “As many Georgian jewellers frequently melted down pieces in order to create new, more up to date pieces, there are few genuine original examples which are available within the market. This scarcity has ensured there is a strong collectors’ market for original pieces. The hallmark of genuine Georgian jewellery is its incredibly ornate metal work. As every Georgian piece of jewellery was handmade, there is an intense individuality and attention to detail for every piece which is certainly not repeated in modern-day machine-made jewellery. Popular Georgian styles and items of jewellery include cameos and mourning or sentimental jewellery, all of which is seeing a resurgence in interest in the current market.”

For those looking for more contemporary pieces there are a series of designer options with a Theo Fennel cross pendant which has an estimate of £1,000 - £1,500 and a Kutchinsky diamond and ruby set squirrel brooch which is estimated at £800 - £1,200. There is also a Child & Child Art Nouveau pearl and enamel brooch with an estimate of £400 - £600. One the highest value lots is a large 18ct white gold emerald cut diamond solitaire ring which has an estimate of £5,000 - £7,000, this is closely followed by an impressive emerald and diamond cocktail ring which is estimated at £4,000 - £6,000. 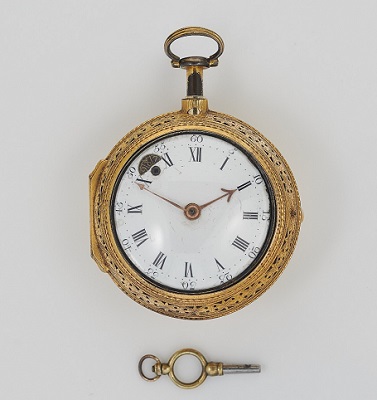 The watch section of the sale also has some stunning items on offer with the highlight being a rare Daniel Quare pocket watch (pictured), dating back to 1700 and with an estimate of £3,000 - £5,000. This is one of Quare’s early examples of a ‘repeater’ and is an important example of early watchmaking.

There is also an Omega gentleman’s steel ‘Chronostop’ wristwatch from circa 1969. This model was first released by Omega in 1966 and was well-regarded in the watch industry and selected as the official timer at the Pan-American Games in Winnipeg and the 1968 Olympic Games in Mexico. There are also further vintage models from Omega as well as famous names such as IWC and Rolex. Whilst contemporary examples include a bangle watch by Chopard designed by Georg Jensen, an 18ct gold Cartier ‘Tank Solo’ and an ‘Admiral 5 Stars’ gold watch by Longines.

There is also an early trophy from the historic Northallerton Racecourse dating back to 1835 will be offered with an estimate of £2,000 - £4,000. The ‘Stewards Silver Cup,’ as it is named, was made by Emes and Barnard, the famous London-based silversmithing company. Also available is a pair of unpresented trophies from Crufts from circa 1901. The pair are for the ‘Crufts Novice Special’ class and are illustrated in the Crufts catalogue from that same year. They are estimated to sell for between £100 - £200.