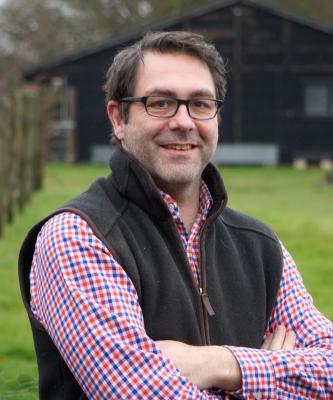 Actiphage®, is a rapid, accurate test for bovine tuberculosis (bTB) that would enable farmers to effectively remove this devastating disease from their herds.

PBD Biotech has secured a £2.3m investment to take Actiphage through to validation by the World Organisation for Animal Health (OIE).

Full validation will enable international adoption of this novel, patented, diagnostic for mycobacterial diseases, which include human tuberculosis and Johne’s Disease.

Actiphage, has been described as “having the potential to be a game changer in tackling bTB,” by Professor the Lord Trees, head judge for the Veterinary Record  Innovation Award 2021. “Actiphage was a worthy winner,” he said.

Actiphage detects mycobacteria in a blood or milk sample, giving a simple yes/no answer. It offers the potential to identify animals at an early stage of infection and remove them from the herd.

The funding has come from a consortium led by fund managers Mercia and the Foresight Group, which were both investing from the Midlands Engine Investment Fund; the University of Nottingham; the government’s Future Fund; and private investors including farmers and veterinary practices.

Eliminate bovine TB from the herd

Mark Hammond, CEO of PBD Biotech (pictured), says: “It has been shown on-farm that when Actiphage is used within a disease management strategy it is possible to eliminate bTB from a herd and maintain a disease-free status. There is a significant international unmet need for a diagnostic for bTB and Johne’s Disease; with this funding we will be able to commission the trials needed to fully validate the test and capture this market.”

Sandy Reid, Investment Director at Mercia, comments: “PBD Biotech’s Actiphage test has the potential to radically improve disease control in the dairy sector, offering huge economic benefits for farmers both in the UK and internationally. This investment will accelerate its progress on to farms. And we are hugely excited about the further development of the test for detection of TB in Human blood samples.”

There are also a good number of dairy farmers and veterinary practices who, recognising the huge potential of Actiphage, have invested in order to fast-track its availability.

Torch Farm Vets is an investor, the company says: “The current TB control program is struggling to progress towards its stated aim of TB eradication by 2030.  The current test and cull approach has not been completely successful in eradicating bovine TB, so approaches that enable a better understanding of the cause, development and transmission of this disease are to be welcomed.”

Actiphage’s use in England and Wales is currently approved by APHA as an unvalidated test for use only in a chronic bTB breakdown. OIE validation would enable Actiphage to be used in parallel with the existing skin test, offering farmers and their vets a method of managing and eliminating the disease for the first time, therefore allowing a OneHealth approach to the eradication of bTB

Up to 50% of cattle carrying bTB can be missed by the main tuberculin skin test used in Great Britain, leaving behind a reservoir of disease in the herd that results in chronic infection.

Unlike the skin test, which uses the animal’s immune response to indicate the level of infection, Actiphage detects the presence of live mycobacteria in a blood or milk sample it is therefore faster and more accurate.

Actiphage offers the potential for: rapid screening prior to movement; quality assurance in dairy products (which would be invaluable to artisan cheesemakers) and to differentiate infected from vaccinated animals (DIVA test), paving the way for the introduction of a vaccination programme.

Former dairy farmer Jonnie Yewdall lost his family farm following a chronic bTB infection. He is one of those who has put up funds for Actiphage and says: “I don’t want any more farmers to go through what I have, which is why I want to become involved. With tools like Actiphage, the industry has an opportunity to work together to potentially eradicate this very difficult disease.”

The deal was supported by Ashtons Legal partner Paul Whittingham said: “I am delighted to have been supporting Mark and the team at PBD Biotech in securing investor funds to progress their TB testing programme. This is an exciting time for all involved and I really look forward to seeing their product come to market after all the hard work which they have done.”