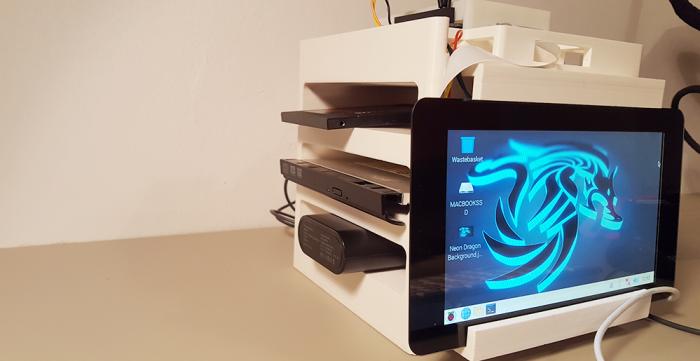 GCSEs cancelled and an extra long summer was the unexpected reality for students in 2020, but how did 16-year-old Oscar Moden fill the void? With a STEM challenge from Cambridge Consultants and a prototyping invitation from Prototype Projects, of course!

With the prospect of a long 2020 summer, without GCSE exams and an end of school celebratory ball, 16-year-old Oscar Moden (son of Sadie, our marketing manager) was wondering how to occupy his time during lockdown.

Having spotted a STEM challenge being run by one of Prototype Projects’ clients, Cambridge Consultants, Sadie thought it was too good an opportunity for Oscar to miss. Challenged to design a toaster for a blind person, Oscar set to work and was soon delighted to find out he had been chosen as a winner.

In a LinkedIn comment, Vicky Larmour of Cambridge Consultants said:

"I really enjoyed judging all the entries and Oscar’s stood out a mile – both from the thought he had put into the features and how they would help the user, as well as the effort that had gone into capturing it in Google Sketchup."

Recognising a passion for engineering in Oscar, having taken him for a tour around our prototyping facilities a few years earlier, Justin Pringle invited Oscar to work on another project to experience professional prototyping and to keep his skills fresh while waiting for his GCSE results and enrolling in college to undertake a Level 3 BTEC in Engineering.

Once again, seized by the engineering bug, Oscar set to work designing a case tower for his Raspberry Pi. Using Google Sketchup, Oscar went through numerous iterations as he tackled accurate measurements and the challenge of making a lip to enable two halves to join seamlessly.

Oscar printed initial prototypes on his Prusa 3D Printer as he went along, but there were times when he struggled getting the designs to work. He said:

When he received his GCSE results at the end of the summer, his Distinction in Product Design and grade 9 in Design Technology acted as a boost and reignited Oscar’s waning enthusiasm.

With one last push in between his college studies and a final self-printed prototype, Oscar’s Pi Scraper was ready for professional prototyping.

Oscar packaged his STL files up and sent them over to Justin, with a real sense of achievement. Justin passed the files over to the rapid prototyping (RP) team, to review and print the Pi Scraper.

As Oscar had no experience of professional prototyping services, the RP team guided him through the process. Upon their recommendation, the docking station was to be printed on the FDM machine, due to its size. It would be made from layers of ABS-M30, in white. The letters and arrows were to be printed in a grey material (a mixed material of Agilus 30 and Vero White to give a poly prop simulant RGDA8530) on the Polyjet machine and then attached by hand during the finishing process. The case base would be printed with the same material mix as the letters and arrows, whereas the case top would be printed in Vero White on the Polyjet machine.

Oscar couldn’t contain his excitement when the postman knocked on the door to deliver a package from Prototype Projects. He ripped open the box, pulled out the Haribos (much appreciated!) and then extracted his professionally 3D printed Pi Scraper  (pictured).

"I’m so grateful Justin gave me this opportunity. I have learnt so much more about how to design and how professional prototyping works. I’m really pleased I printed some early prototypes myself so I could fix problems as I went along. The Pi Scraper printed by Prototype Projects is perfect – my Pi and the components all fit."

"We have a long history of supporting university students and apprentices, so it was great to offer this opportunity to Oscar. He’s worked hard on this project. I look forward to prototyping professionally for Oscar once he’s a fully qualified design engineer!"