Detecting the risk of mould using a thermal imager

A thermal imaging camera or thermal imager can be used to locate mould-infested and mould-prone areas. Moulds are widespread and their spores are therefore present almost everywhere in the air. 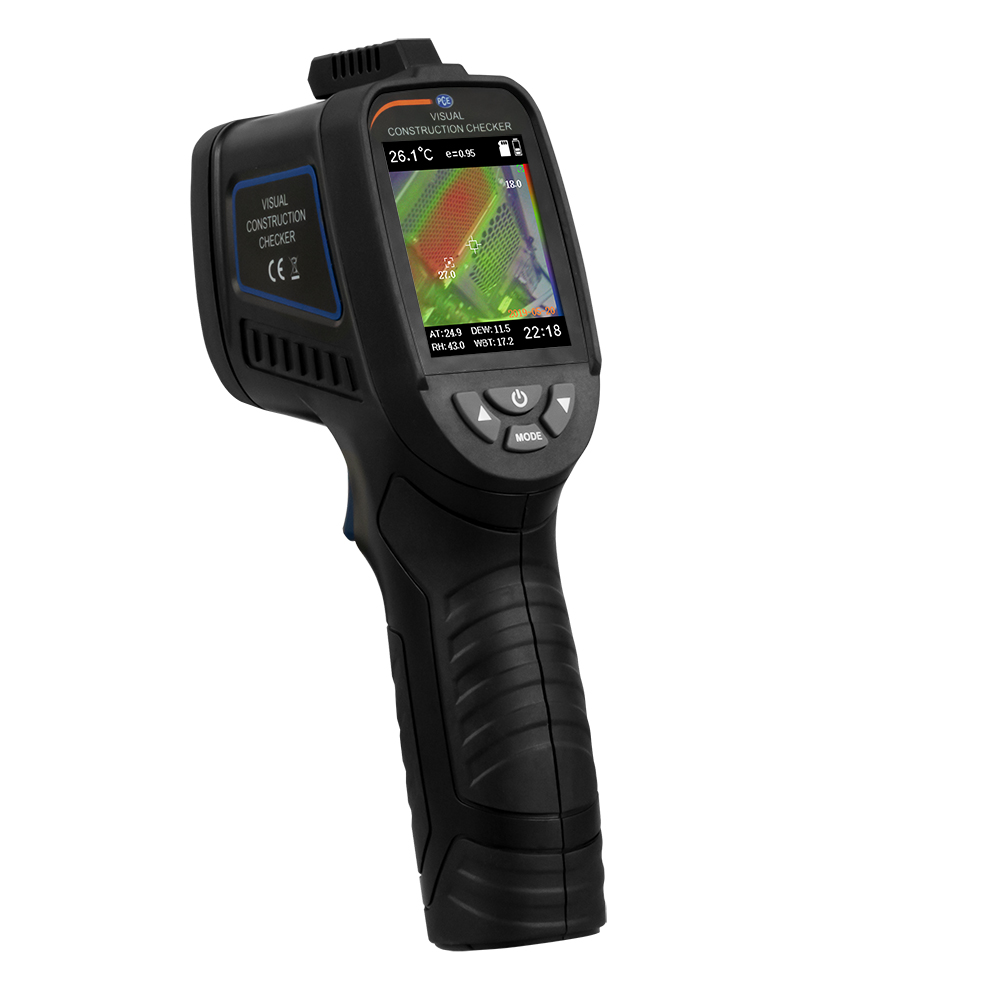 The spores need sufficient moisture, suitable temperatures, nutrients and time to germinate and grow. Of these basic conditions for the development of mould damage, humidity is the condition that can be most easily influenced in normal building use. This can be illustrated by the everyday example of coffee grounds. If, after brewing coffee, the coffee grounds are left in the grounds container or filter bag for several days, mould will form under normal ambient conditions. To prevent this without changing the room temperature or creating clean-room conditions, the coffee grounds must be allowed to dry for a short time after they have been soaked. Even in the case of soaked components, drying should be ensured as soon as possible.

Of course, it is better to already prevent the entry of moisture into the building structure. Moisture penetration of building components can have various causes. Water can penetrate from the outside due to defective or blocked roof drains or defective connections, for example, of balconies or entrance roofings. From the inside, walls and ceilings can be soaked by splash water, defective water or heating pipes or by condensation. Condensation occurs when warm air cools down on cold surfaces and can therefore bind less water vapour. A thermal imager can be used to visualise areas with increased moisture as well as areas with lower temperatures that are at risk due to condensation. In principle, the thermal imager displays surfaces with increased heat radiation quickly and non-destructively. Damp materials conduct heat better than dry ones. Therefore, on the infrared image of a thermal imaging camera with sufficient resolution, not only geometric and material-related thermal bridges are visible in colour due to the temperature difference, but also damp spots in homogeneous wall structures. If areas are detected on the infrared image that clearly contrast in colour with the surroundings, it should be investigated whether other components or materials are installed in the wall cross-section at these points. It can often be concluded from the shape and position of these areas whether plaster rails, water, heating or electrical lines have been installed there or whether an earlier opening has been closed with other material. If this is not the case, it can be investigated more closely whether the wall or ceiling structure is already damp at this point or is at risk from condensation. 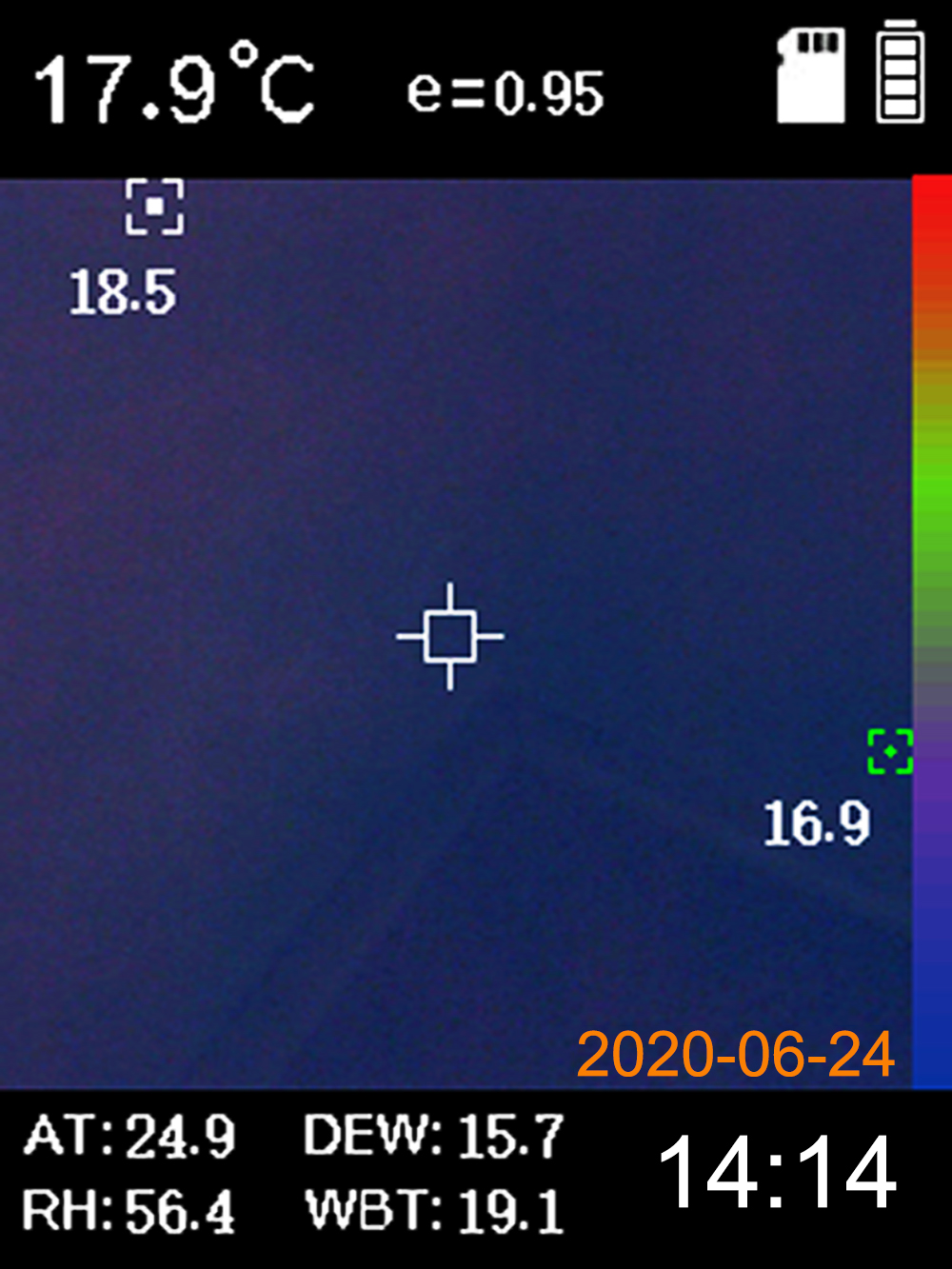 At the typical locations in the lower wall area and in the wall corner, it can be seen by the colouring that the temperatures are a bit lower, the highest temperature on the image is marked with 18.5 °C, the lowest with 16.9 °C. Since the dew point at the given temperature and humidity values is 15.7 °C, there is a risk of condensation forming on the wall surface if the lower wall surface cools down further or additional moisture enters. 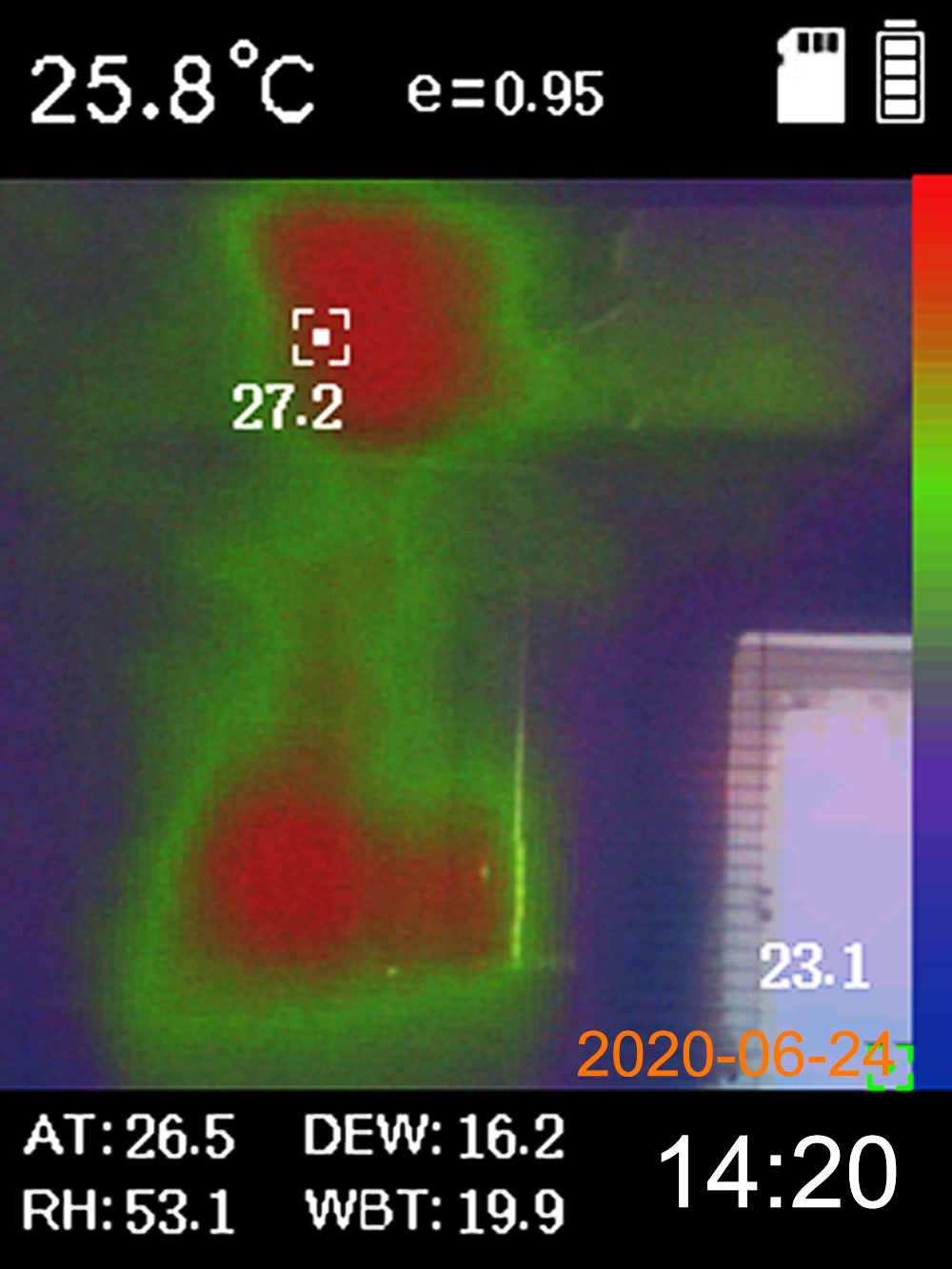 The picture clearly shows warmer spots. On the one hand, it shows the hot water tank of the gas condensing boiler and, on the other hand, the pipes of the solar system located under the ceiling panelling. The critical spot at the transition between the outer wall and the ceiling, which is typical for bathrooms, is not colder but actually warmer than the rest of the wall area because of the solar pipes. There is no risk of condensation.

Further information about thermal imagers from PCE Instruments can be found here: https://www.pce-instruments.com/english/measuring-instruments/test-meters/thermal-imager-kat_41330.htm