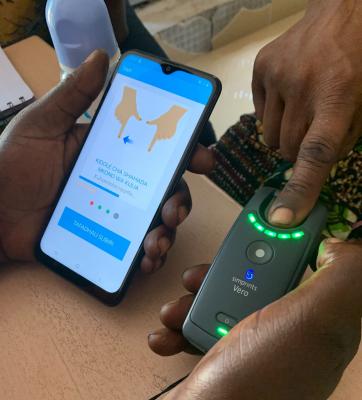 Prima Electronic Services has utilised its engineering experience and knowhow to help with healthcare work in the developing world.

Cambridge-based start-up Simprints supplies fingerprint sensor modules to countries like Tanzania, Ethiopia and Bangladesh. These provide the means to accurately identify people in places where the forms of documentation which are commonplace in high-income economies are simply not available. In such situations, biometrics offer an effective alternative.

When plans were formulated by Simprints’ engineering team to produce the Vero 2, an upgraded version of its existing fingerprint sensing solution, the decision was made to engage with Prima. The local support, plus exceptional responsiveness and technical expertise it could provide were all recognised as being highly beneficial to the project’s completion within a tight deadline.

Prima and Simprints worked on rapidly finalising a fully functioning prototype. Together, the two companies established a highly efficient automated test process - with a bespoke, configurable test rig being constructed for this purpose. Once samples using the initial design had been made and tested, Prima implemented the required iterative changes. As Simprints’ operation is relatively small, most of the project’s main activities had to be outsourced. Prima therefore organised all the procurement, sourcing the complete bill of materials. In addition, Prima provided Simprints with useful guidance on potential supply chain issues, and helped to address these by suggesting modification to the design.

Powered by a Li-Ion battery, the Vero 2 is a compact portable unit. With a 1700DPI resolution imaging array, this module conforms to ISO 19794-2, INCITS 378-2004, NIST SP 800-76 and FBI biometric standards. It provides a method for hospitals, clinics and pharmacies to maintain continuity of patient treatment. With limited Internet connectivity in these locations, the Vero 2 needs to be able to work offline. Therefore, transfer of acquired biometric data is done by interfacing with an Android-based smartphone via Bluetooth connectivity. CE and FCC approved, the module exhibits the high degrees of robustness necessary for field deployment. It can deal with 90% relative humidity levels and operate in high ambient temperatures that can reach 45°C. An IP65 compliant enclosure prevents ingress of water and dust. In addition, the design has undergone extensive drop testing to ensure long-term reliability.

“At least a billion people around the world don’t have any documentation to prove their identity, so access to biometric data is vital,” says Alexandra Grigore, Chief Product Officer at Simprints. “Our next generation Vero solution had to incorporate various enhancements. The most important of these was the ability to transfer images in full, rather than approximations made on an alphanumeric template. This will give much greater scope for our data to interoperate with algorithms employed by other organisations. Further key aspects were improvements to the battery technology to extend operational lifespan, and use of RGB LEDs to enable better cultural acceptance. The advice and assistance we received from Prima was invaluable in meeting all our objectives.”

“The challenging nature of this project meant that our team had to work closely and collaboratively with Simprint’s engineers throughout. This was essential to achieving the results in such a short time frame, as prototyping, testing and the scale-up of production all had to be done at an accelerated rate,” states Claire Woods, Operations Director at Prima. “Having completed production of the original Vero 2 order, Prima is now ready to meet further shipment requirements.”

Simprints’ mission is to transform the way the world fights poverty. We build technology to radically increase transparency and effectiveness in global development, making sure that every vaccine, every dollar, every public good reaches the people who need them most.

For more information go to: www.simprints.com

Established in 1988, Prima Electronic Services is a customer-focused contract manufacturing services provider. Our core services include manufacturing a diverse range of high-quality printed circuit board assembly (PCBA) services and full product assembly (box build) services as well as a broad range of support services such as PCB layout design, design for manufacture, and component obsolescence management. We expertly deliver high-quality reliable products that are subjected to thorough inspection processes and nurture long-term relationships with our customers. Prima is part of NJ Russel Holdings, whose corporate strategy is to develop a Mittelstand group of world-class UK engineering and manufacturing organisations.