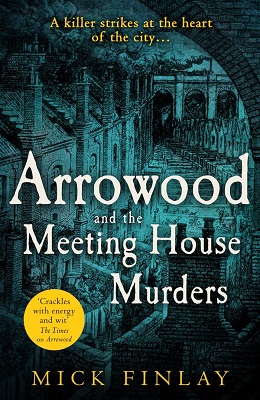 A 19th Century dispute between Zulu performers and a London showman provides the starting point for the latest Arrowood novel from Dr Mick Finlay of Anglia Ruskin University (ARU) – who draws upon his academic research in psychology, specialising in social issues, to form the basis for his books.

The fourth book in the historical crime fiction series featuring detective William Arrowood and set in Victorian London, Arrowood and the Meeting House Murders nods to the 1879 true story of ‘Farini’s Zulus’, a group of five men, only one of whom could speak English, and their dispute with a showman, Mr Farini, who planned to show them in an ‘ethnic exhibition’ at the London Aquarium. 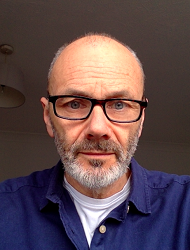 The men had claimed their contract was with a French showman for performances in Paris, but he had transferred it to Farini without their agreement. They objected to being ‘sold like cattle’ between white men. They also said they were being held prisoner in their lodging house because Farini was afraid their appearance in public would affect ticket prices.

The Meeting House Murders opens with a fictionalised version of the Farini’s Zulus case. Five Zulu men come to private detective William Arrowood for help, having escaped from a showman called Capaldi who has been holding them prisoner, but find themselves in London with no money and no friends. Capaldi is known for violence, and they’re in fear for their lives.

When one of the Zulu men is killed and the others disappear, Arrowood and his assistant Barnett need to find them. The clues lead them through the world of London’s ‘freak shows’ and ‘ethnic exhibitions’.

Dr Finlay, Associate Professor in Social Psychology at ARU, was longlisted for the CWA Golden Dagger Crime Novel of the Year 2020 for his last novel, Arrowood and the Thames Corpses.

He said: “I came across this case in a collection of articles from the Illustrated Police News and thought it would be a great starting point for a crime novel.

“It made me think about the difficult situation facing these travellers, and why they would have chosen to leave colonial South Africa. They were in a bind – leaving an oppressive regime where opportunities were limited for black people, but finding themselves in a city in which they didn’t speak the language and had no contacts, and where racism was open and accepted. When they found their jobs turned them into virtual prisoners, they had few options.

“The Arrowood books are set in Victorian London, and I thought it was important not to ignore the empire and the plight of colonised peoples, and how that played a part of life in the city. Although that’s the backdrop to my book, it’s first and foremost a crime novel with plot and character at its centre, and for those who have read the previous books, there are some major developments in the characters’ lives.”

A review of Arrowood and The Meeting House Murders in the Evening Standard said: “This is Victorian London in all its grit and grime and Finlay clearly knows his history but applies it with a light touch. He revels in the muck and mayhem of the city … the story is full of life and flashes of black humour.”

Arrowood and The Meeting House Murders is on sale now, published by HQ (Harper Collins).