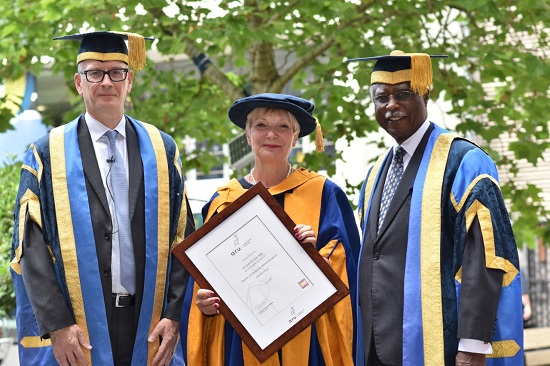 Dr Lynn Morgan, former Chief Executive of Arthur Rank Hospice, has received the award of Honorary Doctor of Business Administration from her alma mater, Anglia Ruskin University, during a graduation ceremony in Cambridge this week.

Dr Morgan spent nine years as CEO at the hospice, before retiring in March 2019, and was awarded an MBE in the 2020 Queen’s New Year’s Honours for Services to the Community in Cambridgeshire.

During her time at the hospice, Dr Morgan saw Arthur Rank increase its number of employees from just five to 200, as well as fundraise for, build, and move to a new purpose-built £10.5 million facility at Shelford Bottom near Cambridge, which was subsequently rated ‘outstanding’ by the Care Quality Commission.

Before joining the hospice, Dr Morgan spent four years as Director of Business and Enterprise at the East of England Development Agency.

In 2017, Lynn was named Businessperson of the Year in the Cambridge News Business Awards. She currently sits on the Rising Network Advisory Board and the planning committee for the Rising Festival – a network incidentally founded by another ARU alumni, Lily Cheng.

Dr Morgan was born in Cambridge and attended the Manor School for Girls. She is an ARU alumni, having studied with ARU in Cambridge firstly for a Bachelor’s degree in English, and then a Master’s in Women’s Studies, graduating in 1993. She also has a PhD in Organisation Psychology from Manchester Business School.

Despite retiring from her role at Arthur Rank Hospice, Dr Morgan is still actively involved in the Cambridgeshire community through mentoring work, as well as working on a commission for health and social care reform in Cambridgeshire and Peterborough. She is also currently a Governor at Cambridge Regional College.

Professor Roderick Watkins, Vice Chancellor of ARU, said: “Dr Morgan will be an outstanding role model to all our students, especially those studying the leadership of health and social care.”

One of the country’s top environmental campaigners and Chief Executive Officer of The Wildlife Trusts, Craig Bennett, received the award of Honorary Doctor of Science at Anglia Ruskin University (ARU) during a graduation ceremony in Cambridge this week.

Craig joined The Wildlife Trusts in April last year with the bold ambition of putting a third of the UK’s land and sea into nature recovery by 2030.

Born in Essex and now living in Cambridge, Craig has a BSc (Hons) in Human and Physical Geography from The University of Reading and an MSc in Biodiversity Conservation from University College London.

Prior to his role at The Wildlife Trusts, Craig was Chief Executive of Friends of the Earth for five years, following five years as Director of Policy and Campaigns.

Under Craig's leadership, Friends of the Earth led the fight against fracking and the decline of the bee population, as well as campaigning for clean air.

Prior to his time at Friends of the Earth, Craig was Deputy Director at the University of Cambridge Institute for Sustainability Leadership, and Director of the Prince of Wales’s Corporate Leaders Group on Climate Change.

He maintains his links with the University of Cambridge, as a Policy Fellow at the university’s Centre for Science and Policy, and as a Senior Associate at the Cambridge Institute for Sustainability Leadership.

Craig has supported ARU’s Global Sustainability Institute by speaking on panel sessions and at events such as its annual Ruskin Lecture in 2019, and offering informal advice to the Director, Professor Aled Jones. He is also Chair of the Sustainability and Resilience customer challenge panel for the Anglian Water region.

Professor Roderick Watkins, Vice Chancellor of ARU, said: “Craig’s work strikes a powerful chord with our University’s core value of environmental responsibility and, at what is a critical time for nature’s recovery, Craig will be a truly inspirational role model for all our students, especially those on our Animal and Environmental Sciences and Sustainability courses.” 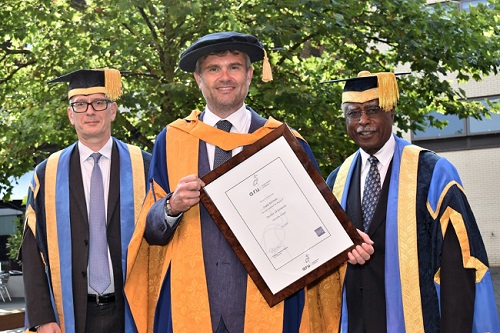 Briony Clarke, who became the youngest woman in the UK ever to be appointed as a judge in 2017, received the award of Honorary Doctor of Laws from her alma mater, Anglia Ruskin University, during a graduation ceremony in Cambridge this week. 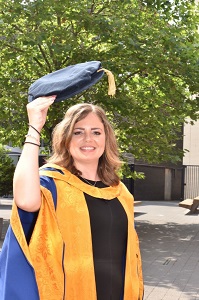 Briony, a graduate from ARU’s Anglia Law School, made history when she was sworn in as Deputy District Judge at Chelmsford Crown Court in March 2017.

Briony began her career at the tender age of 15, working as an administrative assistant at local firm Taylor Haldane Barlex LLP, or THB, before completing her LLB Law Degree and Legal Practice course at ARU.

She graduated in 2009, was admitted to the Roll of Solicitors soon after, and became a Duty Solicitor in 2010, in 2012 she gained her Higher Rights of Audience.

In 2014, she had worked her way up to become partner at THB – a testament to her hard work, loyalty and dedication, both to the firm and to her clients.

In 2017, Briony was appointed to sit as a Deputy District Judge in the Magistrates Court, becoming the youngest woman in the UK ever to be sworn in as a judge.

In the same year, she won ARU’s Young Alumni of the Year Award, and was listed as one of our Success in Business winners.

And in 2019, Legal 500 described Briony as a “very practical and tenacious lawyer who provides her clients with realistic advice”.

In 2020 Briony was appointed to sit as a full time District Judge and is currently based at Birmingham Magistrates’ Court.

Professor Roderick Watkins, Vice Chancellor of ARU, said: “Briony is clearly an extremely ambitious individual, and it’s fantastic to see one of our alumni achieve so much at such a young age. Her success demonstrates just how much can be achieved through a combination of dedication, determination and hard work.

“Briony will be a fantastic role model to all our students, but particularly our female students and those studying at our School of Law.”