Still time to have your say in £20m cycling plus consultation 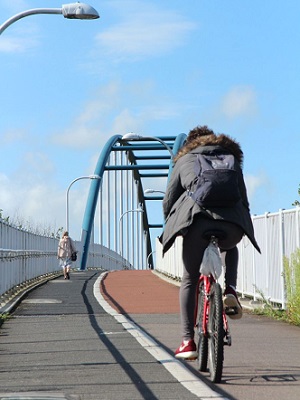 Hundreds of people have already had their say on how the Greater Cambridge Partnership could spend £20 million to improve walking and cycling journeys.

Almost 500 people have responded to the six-week Cycling Plus: Investing in Greater Cambridge’s Active Travel Network public consultation on which of 13 different corridors could be upgraded to make it easier and safer for people to get around on foot and bicycle.

People have until midday on 16 August to share their views on which of the on-road corridors should be enhanced - or they can suggest other routes for consideration by the GCP.

The 13 possible corridors put forward for investment were identified in the GCP’s Future Investment Strategy: Active Travel Opportunities study which was published earlier this year.

The GCP has already invested £130m to upgrade the active travel network – with construction complete on five Cross-City Cycling schemes, work ongoing on the Chisholm Trail and approval in place to build 12 Greater Cambridge Greenways to link the city with surrounding villages.