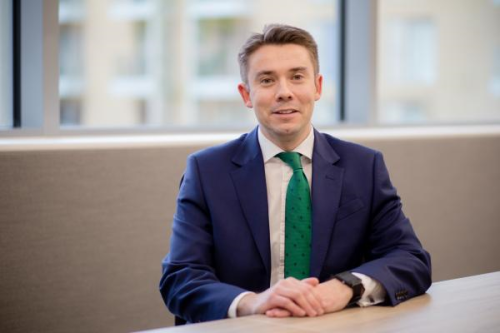 A record 19.2 million devices were bought by UK consumers in the year to July 2021 – more than double the number bought in the year to May 2020 (9.3 million). This marks the fastest-ever rise in technology adoption in the ten years that Deloitte has been surveying digital device ownership in the UK.

More than 19.2 million digital devices were bought in the year to July 2021, marking the fastest-ever rise in technology adoption in the ten years that Deloitte has been surveying digital device ownership in the UK.

The findings show that, on average, UK consumers bought 1.6 million new devices every month over the past year, with each consumer now having access to 5.4 different digital devices. This is 8% higher than in 2020, when consumers had access to five devices on average. Prior to 2020, device ownership had been growing steadily at an average 5% year-on-year between 2016 and 2021*.

Smartphones (owned by 92%) and laptops (accessible to 79%) continue to be the most popular digital devices owned by UK consumers, however ownership has long-since hit a plateau.

Paul Lee, global head of technology, media and telecommunications research at Deloitte, said: “Lockdowns left many households with more time to devote to devices and more savings to buy new technology. However, this is likely to have been a one-off surge in device acquisition. Device ownership is unlikely to grow as fast over the next year. While technology acquisition rates may slow, consumer dependence on technology will continue to deepen, along with demand for new functionalities and designs which is likely to continue driving device ownership across the UK.”

However, the data underlines a fickle streaming audience.

Among those who have cancelled a subscription, the leading cause was that consumers didn’t use the subscription enough (31%), while 16% said they only needed access to the platform temporarily or for a season. One in ten (10%) said that they had too many subscriptions to manage.

Of those who cancelled a video streaming service, 23% did so the same day they decided to end their subscription. An additional 22% did it within the week.

Lee Welham (pictured), Deloitte partner said: “Households have more choice than ever before, with additional services likely to launch over the next year. Platforms’ challenge will be to maintain loyalty among an increasingly fickle audience, who can subscribe – or leave - with a single click. Households are taking a pick-n-mix approach to streaming: binging on boxsets until they’ve watched all they want to see and then switching onto another platform’s selection. To keep subscribers, platforms have to offer a perpetual stream of must-watch content, while growing the diversity of their offering both in terms of genre, length and cast, as well as differentiating through the offer of additional services such as gaming or podcasts.”

Rise of the silver streamers

Welham added: “Streaming subscription growth is slowing among every age group other than those aged over 65, offering a new and loyal audience for platforms to target. This should be a clear focus for streaming platforms in the year ahead as they look to set themselves apart in a crowded market. Platforms that invest in quality content and stories that strike a chord with older audiences will reap the rewards.”

Lee concluded: “We’ve seen over the past year the vital role technology plays in keeping households connected and communities supported. Devices have moved from a frivolity to a necessity by keeping individuals entertained, informed and connected over a year that has been bleak and lonely for many.”