Driving vision: from strategy to delivery 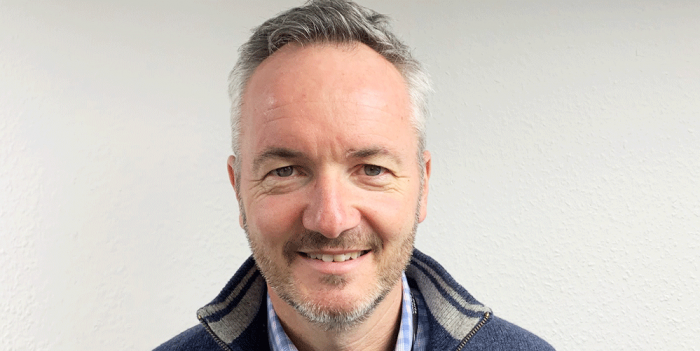 Running a family business can be all-consuming but, at the same time, incredibly rewarding. Here’s the journey of Justin Pringle whose career has seen him develop from a Volvo apprentice to become the owner and managing director of Prototype Projects.

When Justin Pringle achieved ‘Volvo Apprentice of the Year’ in 1989, little did he know he would be the co-owner and managing director of Prototype Projects in just over a decade.

Following his car mechanic apprenticeship with Volvo, Justin worked his way up through the ranks and by 1993 he was the service manager. Seeking a career change, Justin joined his father’s design engineering company and trained as a design engineer. One of his most memorable projects was designing the under-seat drawer for the, then, new Smart car. This was the project that started the relationship with Prototype Projects in 1998.

In 2000, Justin’s father, Adrian, bought Prototype Projects. He brought Justin into the company to learn the ropes working on the shop floor, alongside Gary Turner, before assuming the role of managing director.

Even in those early days as Prototype Projects’ managing director, Justin was quick to realise a need to refocus the company to meet the changing demands of an industry that had a rapidly growing thirst for speed. Moving away from the automotive industry, Justin gradually steered the company from RIM by introducing Vacuum Casting, CNC and rapid prototyping technologies including SLA and SLS to Prototype Projects’ offering.

As the economy took a turn for the worst during the recession, Justin sought a strategic opportunity and found it in Germany working for a client as their resident support engineer developing a complete rear seat unit for the GL SUV Mercedes. Justin continued to run the company from afar, but with the support of the late Gary Turner and the rest of the team at the bureau. Six months turned into two years, but the move paid off and gave the company the financial security it had needed from the outset.

By maintaining regular contact with customers, giving advice and sharing expertise, Justin has been able to ensure the company continues to respond to customer demand. Over the last ten years, FDM, Polyjet, Laser Cutting and Figure 4 technologies were added. A medical device capability is also available in the purpose-built 3D printing suite.

The power of automation

In addition to increased capacity and Express service level offerings, Justin was keen to ensure the administrative processes were more efficient. Being an ISO9001 accredited company does mean that paperwork is a necessary evil, but automation ensures the office elements of the company are more streamlined. The development of the company’s quoting system has supported this, and planned developments will further enhance the quoting process.

Any manager or company owner will appreciate that having the right team makes all the difference. In 2020, the company developed a set of values that are used within the appraisal and recruitment processes. The values offer staff a framework to work within and enables them to continue to develop their skills and knowledge. Justin has always been very proud to continue the tradition of learning from those with more knowledge and experience. This has been a company ethos since the beginning, and it continues to be so.

Over the last 18 months, the company’s small management team has also continued to develop their expertise and, by embracing Justin’s ambitious vision for the future, the team has developed strategies to help the company continue to grow and evolve.

I have a very clear strategic vision for the company and a management team that is fully engaged to drive that forward. We will share developments as and when the time is right. Customers have already benefited from the first development: the introduction of our CNC Express service which means we can offer a 3-day dispatch service level to meet the continuing time pressures our customers face. We have many more enhancements to make and I’m excited to see them come to fruition.