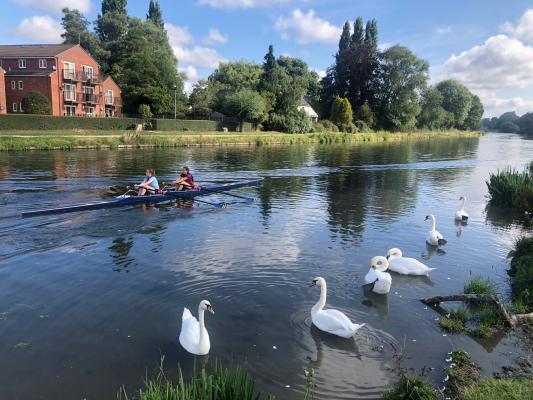 There's a critical, but too often overlooked part of getting what you want in business and life... and it involves selling yourself, writes Simon Hall.

Everybody has to be a salesperson sometime.

Whether it’s the straightforward selling of your talents and experience, as at a job interview.

Or selling your products and services on behalf of a company.

You’ve got to make the best of what you’ve got and try to secure that deal, whatever the situation.

But! There's an important part of selling which is often overlooked.

I pick up on it a lot when I’m teaching pitching for investment or customers to businesses.

- People forget to sell themselves.

You might have the best service going, but unless someone likes you they're much less inclined to do business with you.

I started working with a couple of entrepreneurs who have set up a lovely business this week, and they said something to me which I found uplifting.

It was only simple, but important:

- They loved getting emails from me because mine were so far from the standard sort.

Which was partly why they wanted to work with me (I hope being reasonably competent also helped!)

What did they mean by me not sending standard emails?

They said that so many messages were abrupt, unthinking, or just plain straight to the point.

How were mine different? Simple.

I always take the time to make them personable and personalised.

Sometimes even including a photo, such as here, when I've seen something I've enjoyed and captured on my walks and runs around Cambridge.

If it’s a Monday, I might ask about the recipient's weekend and hope it was kind.

If it’s a Friday, I may wish them a happy weekend to come.

A CEO of one of the businesses I work with has just had his first child, a son.

I always ask how Kuba is doing at the start of my message.

It's not just a form of flattery, or ingratiation, to try to smooth the path of whatever we're discussing.

For me, thinking, feeling and caring are far more important than business matters.

If a colleague has just come back from a holiday, I ask about that.

But what’s the harm in adding a little humanity?

That's the one thing we've got in common, after all, the core of our beings, ultimately the heart that makes us tick.

People don’t just buy into your business, service, or product.

Or qualifications, come to that.

People are people. Human. Run by feelings, as dictated by this app called life.

So, unsurprisingly, they respond well to being treated in a human manner.

It might seem iike just a small thing, but it's actually such a big thing.

Curiously, even when I'm having to fight someone, I find politeness, consideration and calm is far more effective than anger.

(I'm not sure I've ever made it to the moral high ground, but a man can aspire!)

And a little humanity usually helps me to win through.

The important point of this blog being...

Selling isn't just about your product or service, it's about you too.

- Maybe you most of all, sometimes.

You’re always likely to get on much better, if you behave in a kind, warm, and thoughtful way.

And I don’t just mean in business, but the whole of life.