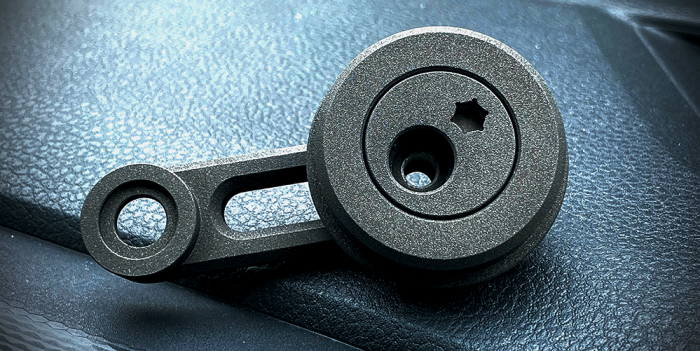 When Craig McDonald saw the first iteration of E-Bikes in 2012, he began sketching. A few designs, some CNC machining and an award later, the first Evari bike is set to hit the market.

School days for Evari Bikes' owner and managing director, Craig McDonald, were sketch days; his schoolbooks were full of bike drawings, he loved the aesthetics. He grew up racing BMX and motocross, and for most of Craig’s life, mountain biking has been a constant.

Design and engineering has always been an important part of Craig’s life and he ran a VFX production company for 20 years, creating launch films for Jaguar/Landrover, Ford, Honda F1 and many other automotive brands.

Every good idea starts with research

When Craig saw the first iteration of E-Bikes in 2012 – big and bulky – he began sketching. Drawing on his experience of modelling in 3D, Craig saw the opportunity to cross over into designing E-Bikes. Fast forward to 2018, Craig, along with his wife Julia, founded Evari Bikes.

Through his UK research, he developed close relationships with CPI (Centre for Process Innovation) who advised on the use of graphene, and AMRC (Advanced Manufacturing Research Centre) who work with McLaren and Boeing.

Alongside the research, Craig set about designing his company’s first E-Bike, the Evari 856, which will be available to buy from 2022. Refreshing his design skillset along the way, Craig poured all his technical biking knowledge into the design.

He opted to incorporate a Gates Carbon Drive which needs to be under a certain tension. Here, Craig realised he needed to develop a tension arm to work with the Drive and set about looking for a prototyping partner who might have the relevant expertise.

Craig searched for a local prototyping partner and found Prototype Projects. He talked with the team about his vision and the need for some engineering expertise for the Drive. Recognising Craig’s need for design as well as prototyping, Prototype Projects recommended Cambridge Design Technology (CDT) for the design element.

From there, Evari Bikes, CDT and Prototype Projects worked together to develop this final element for the bike. With the CAD files in hand, Prototype Projects then CNC machined the two parts of the tension arm, in alloy, in record time.

Craig said: "The combination of working with Cambridge Design Technology and Prototype Projects was ideal. It’s been a nice working relationship. We were up against the clock, but Prototype Projects were able to machine the parts fast, enabling us to be event-ready."

With the bike designed, prototyped and finalised ready for manufacture, Craig applied to EuroBike 2020 to see how it would fare among the competition. After a rigorous process, Evari Bikes reached the final, but the event was cancelled due to the pandemic. In 2021, Craig applied again and, once more, reached the final from a staggering 250 applicants.

He headed to Germany for the show in September 2021.

The Evari 856 E-Bike was a Start-Up Winner with one of the judges commenting “it’s like driving a Porsche”.

Craig said: "We were thrilled to pick up the EuroBike 2021 Winner award. We’ve worked hard to develop this carbon framed all-terrain bike. Working with Prototype Projects enabled us to finalise this last part of the bike and ensured we were ready for EuroBike. The team at Prototype Projects has the technical know-how; they were very willing to dedicate their time and expertise to help us realise the Evari 856. The quality of the parts was second to none, the turnaround time was very quick, and their customer service was fantastic."