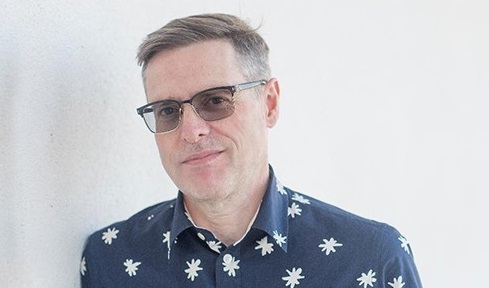 University of Cambridge Professor Mark Girolami has been announced as The Alan Turing Institute’s first Chief Scientist, responsible for the creation and delivery of the Institute’s scientific and innovation strategy, as well as its approach to ethics and responsible innovation.

The appointment of Professor Girolami to the newly-created role comes at a critical moment for UK science and technology, in particular, AI and data science, following the UK government’s first-ever National AI Strategy, launched recently with a new 10-year plan to make the UK a global AI superpower.

Professor Girolami is the Sir Kirby Laing Professor of Civil Engineering at Cambridge, where he also holds the Royal Academy of Engineering Research Chair in Data-Centric Engineering (DCE) and is an Academic Director for the Cambridge Centre for Smart Infrastructure and Construction (CSIC).

A globally renowned and inspirational research leader whose expertise uniquely spans the main data science and AI disciplines of computing science, statistical science, applied mathematics, and engineering, Professor Girolami has held senior academic professorial posts in some of the UK’s world-leading universities. In addition, he brings a wealth of industrial, business, and commercial experience, having worked for a decade with IBM.

“I am delighted to have this opportunity to become the Turing’s first Chief Scientist and, in this role, provide the required leadership to accomplish the Institute’s mission of making great leaps in data science and AI research and innovation in order to change the world for the better,” he said. “In setting the strategic direction for the Institute, we will provide a model of how safe and ethical data science and AI can build long-term strengths and benefits for society and the economy, and support the UK’s needs and broader ambition to be a global leader in this space. Linked to this will be our research approach to equality, diversity and inclusion (EDI) – a key part of the Turing’s new EDI strategy."

The announcement of Professor Girolami’s appointment followed an open external recruitment process. The Chief Scientist will form part of the senior leadership team at the Turing alongside the CCO and COO, and will begin in his new post by the end of October 2021.

Sir Patrick Vallance, Government Chief Scientific Adviser, said: “Warm congratulations to Mark Girolami for being appointed as the first Chief Scientist for The Alan Turing Institute at what is a pivotal moment for AI and data science in the UK. I have no doubt that the creation of this role will help ensure the Institute retains its position as the UK’s national centre for AI and data science and accelerate science and technology in this country. I look forward to continuing our work with the Turing and with Mark in his new role.”

Professor Girolami has been Programme Director for DCE at the Turing since 2016, where he has inspired and led the national and international teams pioneering the emerging DCE discipline that is transforming engineering science and its professional practice across all sectors. Under his leadership, DCE is becoming a global phenomenon, with the inaugural global DCEng Summit drawing international expert speakers from over 70 countries.

Adrian Smith, Institute Director and Chief Executive of the Turing, added: “I am proud of what Mark has achieved through his time at the Turing and look forward to him taking up the mantle as a key public face of the Institute, promoting our excellent research nationally and internationally. This is a very positive appointment for the Turing, one that I feel strongly demonstrates the importance of the Turing as an integral and central part of the UK’s data science and AI environment. Mark will be an excellent advocate and ambassador for the Institute and the UK, as he carries on his good work promoting the benefits of data science and AI for all.”

Reproduced courtesy of the University of Cambridge Department of Engineeering