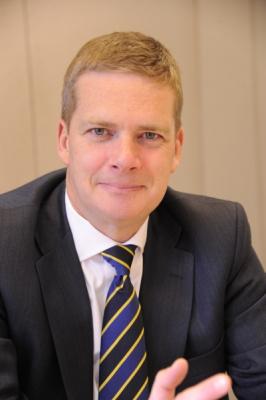 Finance leaders believe that the labour shortages and supply disruptions British businesses are experiencing now are likely to persist for a year, with no meaningful easing until late 2022 and 2023, according to Deloitte’s UK CFO Survey Q3 2021.  The majority of CFOs report being impacted by labour shortages or recruitment difficulties as well as supply chain disruption, which are expected to persist for a year.

The majority of CFOs experienced labour shortages over the past three months with three-quarters reporting some, severe or significant recruitment difficulties. Almost the same proportion (73%) expect similar levels of difficulties in one year’s time.

Conducted between 20 September and 4 October 2021, Deloitte’s latest quarterly CFO Survey captured sentiment amongst the UK’s largest businesses. The latest survey saw 92 CFOs participate, including CFOs of 18 FTSE 100 and 32 FTSE 250 companies. The combined market value of the 60 UK-listed companies that participated is £471 billion, approximately 18% of the UK quoted equity market.

The slowdown in growth over the third quarter has affected CFOs’ expectations of demand. Around four in ten CFOs (41%) report that demand for their own businesses’ products and services have already returned to pre-pandemic levels. The remaining have pushed back their expectations for the recovery of demand, with 52% now expecting demand to reach pre-pandemic levels in 2022 or later, up from 43% in the second quarter.

CFO expectations for a rise in operating costs have reached a record high, with the majority of respondents expecting a margin squeeze over the next 12 months.

CFOs see inflation running higher for longer, with 54% expecting it to exceed 2.5% in two years’ time, a marked rise from 32% in Q2.

CFOs have also revised their interest rate expectations, with the majority (52%) expecting the Bank of England’s base rate to be 0.5% or higher in a year’s time.

Despite this, finance leaders continue to focus on growth, with introducing new products or services and expanding into new markets remaining their top balance sheet priority. CFOs are placing greater emphasis on increasing capital expenditure now than at any time in the 14-year history of the survey, with 29% rating it as a strong priority.

Ian Stewart, chief economist at Deloitte, says: “With growth slowing over the third quarter, CFOs are navigating their businesses through a more uncertain environment. It is encouraging that, despite expectations of persistent labour and supply shortages, they remain focused on capex and growth.

“The post-financial-crisis period was characterised by corporate caution, with cost control and cash conservation being CFOs’ primary response to economic shocks. Today, amid excess demand, and with the pandemic, the energy transition and Brexit driving change, corporates are focusing on investment, particularly in new technology.”

Risk appetite and the transition to net zero

They also see the climate transition as fundamentally reshaping the business environment. More than two-thirds expect significant or wholesale change in their own business model and operations over the next 10 years as a result of the move to net zero emissions.

“Alongside the persisting impact of the pandemic, climate change remains firmly rooted as a key risk. As businesses set their sights on the transition to net zero, finance leaders are focusing on ways to ensure reducing carbon emissions is fully embedded into their corporate strategy, we are seeing business leaders in the South East markets focussing on these challenges.”

This is the 57th quarterly survey of Chief Financial Officers and Group Finance Directors of major companies in the UK. The 2021 third quarter survey took place between 20 September and 4 October 2021. A total of 92 CFOs participated, including the CFOs of 18 FTSE 100 and 32 FTSE 250 companies. The rest were CFOs of other UK-listed companies, large private companies and UK subsidiaries of major companies listed overseas. The combined market value of the 60 UK-listed companies surveyed is £471 billion, or approximately 18% of the UK quoted equity market.

In this press release references to “Deloitte” are references to one or more of Deloitte Touche Tohmatsu Limited (“DTTL”) a UK private company limited by guarantee, and its network of member firms, each of which is a legally separate and independent entity. Please see deloitte.com/about for a detailed description of the legal structure of DTTL and its member firms.

Deloitte LLP is a subsidiary of Deloitte NSE LLP, which is a member firm of DTTL, and is among the UK's leading professional services firms.