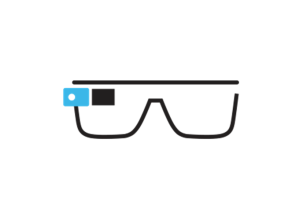 The announcement of the relaunch of Glass EE brings Google back into the game it kick started – for all intents and purposes – back in 2013, and this time the augmented reality (AR) headset finds itself in a battle of the (enterprise) niches. Dr Harry Zervos, principal analyst at IDTechEx, discusses the latest developments.

Major upgrades between the explorer and the enterprise edition include a modular structure, a better camera (from 5 megapixels to 8), extended battery life, faster Wi-Fi and processor, and a new red light that turns on when recording video. Arguably, there’s not that many differences between the first iteration of Glass some four years ago and the new headset. In reality, and most critically, it’s not so much that Glass EE is a new device, it’s the playing field’s rules that are new.  Let’s review:

Augmented reality (AR), although first demonstrated in headsets in the early 1990s and implemented in consumer applications in simple ways from the late 2000s/ early 2010s, saw a dramatic rise in awareness of,  excitement, and hype with the launch of Google Glass in 2013. The headset, although criticized at the time of its launch and eventually pulled off the market in early 2015, lead to a precipitation of interest and investment in research & development in the space for AR, with tens of prototypes, demos and products hitting the market in the few years immediately after, with Pokemon Go!, the quintessential “killer app” and the pinnacle of global AR frenzy to date.

As discussed in the IDTechEx report on the topic “Augmented, Mixed and Virtual Reality 2017-2027: Technologies, Forecasts, Players - Headsets, components and enabling technologies for future AR, MR, & VR devices”, the launch of Glass impressed, disappointed and sent waves of alarm throughout the electronics industry all at once: it “forced” competition to launch non-ready, clunky products, for fear of being considered as late arrivals in the AR space. Products with limited functionalities, short battery life, dim displays, that overall offered a dissatisfying user experience were revealed too early to convince consumers of the vision of AR and the capacity to achieve it. Instead, technology developers took severe criticism and a step or two back from the ambition of their initial plans and refocused their efforts onto more achievable goals: niche markets with specific needs, and problems with solutions that can be implemented through an AR headset in sectors where a clear ROI is associated with deploying said solutions.

This oversimplified summary describes the basic process through which Glass EE as well as most other AR headsets came to serve enterprise applications.

Meanwhile in the virtual reality (VR) market not that far away…

At the same time the first Glass hit the market in 2013, developers of VR headsets were only just digesting what is considered a seminal discovery for the VR industry: Valve’s discovery and sharing of the breakthrough of low-persistence displays in 2013, which made lag-free and smear-free display of VR content possible.

Today, and only 4 years later, the market for VR is a very different landscape, with over 25 million headsets forecasted to be sold in 2017. And although it’s very true that AR and VR are not quite the same thing, they do have as many similarities as they have differences; a lot of the challenges relating to form factor, ergonomics, power consumption or development of better, lighter componentry have similarities that can lead to a very useful cross feeding of critical breakthroughs, and as IDTechEx forecasts, a convergence in later years that will see headsets being capable of both AR and VR.

Until then, AR headset developers are choosing their areas of focus, largely based on the form factor and capabilities of the headsets they’re launching. Some examples include:

So welcome back Glass.  We’ve definitely been expecting you. Let’s see how you fare, four years on.