Are robots a threat to the future of humans? 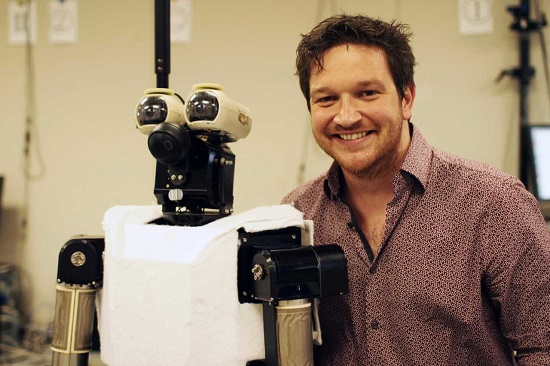 Self-confessed robo-sceptic Dr Ben Garrod will attempt to discover whether robots are here to make our lives easier, or whether they actually threaten the future of the human race, in a new two-part BBC4 documentary beginning at 9pm tomorrow (Wednesday July 26).

Dr Garrod, a Teaching Fellow at Anglia Ruskin University, is co-presenting “Hyper Evolution: Rise of the Robots” alongside Professor Danielle George of the University of Manchester.

The presenters will attempt to tackle the issue of whether we should be fearful of robots taking our jobs or rising up against us, or be embracing this remarkable technology with potential to make our lives easier.

Dr Garrod and Professor George will meet several robotic creations such as Eric, the first humanoid robot in Britain, to Erica, supposedly the most lifelike robot on earth. Other robots featured on the show include Alpha, a 1930s pipe-smoking, gun-toting womaniser; Valkyrie, a mighty female destined for life on Mars; and hybrid robots which are part human, part animal and part robot in form.

Dr Garrod said: “This has been a fascinating project which has allowed myself and Professor George to visit robots from around the world in an attempt to answer the question: are they friend or foe?

“Robots are all around us, not just in science fiction but our places of work, our roads and even our homes. This programme looks at robots like ever before and there are several issues that we address and explore over the two-part documentary.”

The two 60-minute documentaries have been made by Windfall Films for the BBC.