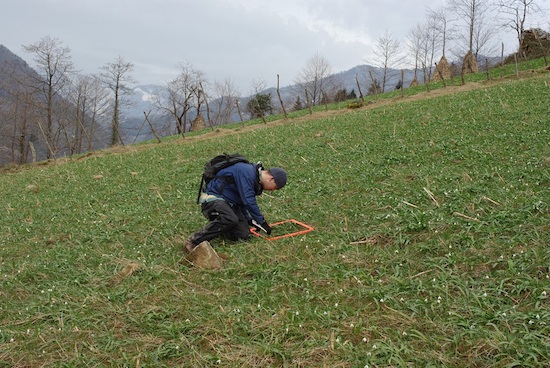 Agri-food is set to benefit from the emerging Internet of Things. At a meeting in Cambridge tomorrow (Tuesday), innovative farmers and growers will be able to influence technologists at the forefront of developments. This includes Weightless-N, a new standard set to launch in early 2015, that will accelerate the creation of a new generation of low cost, networked sensors.

Agri-Tech East is creating an innovation hub for agri-tech by bringing together cutting-edge technologists with farmers, growers. and producers.

At the meeting tomorrow there will be a unique opportunity for those in the agri-food sector to discuss with developers at the forefront of the industry how the Internet of Things could be applied to their industry, with potential benefits coming from reduced spoilage and greater precision for use of inputs.

The Weightless Special Interest Group was set up with the support of international players, many of whom – such as Argon Design, ARM, Cambridge Silicon Radio and Neul – are based in Cambridge, UK.

Dr Belinda Clarke, Director of Agri-Tech East, says: “Food production is the ultimate 24/7 industry where minute adjustments to water, power or agrochemical usage can have a significant impact on profitability.

"The Internet of Things is a new kind of network that enables industrial devices to communicate with each other wirelessly; it has the potential to revolutionise the agri-food industry, so we believe early communication between the developers and the end users is vital.”

Gary Atkinson, Director of Emerging Technologies for ARM, will be speaking at the Agri-Tech East meeting which is chaired by computational ecologists from Microsoft.

Atkinson explains: “At Weightless, we are defining an open standard for a network that would enable small devices – sensors or actuators – to be placed 10km or further away from the base station. Typically a device will be a sensor that sends small messages every hour, day or maybe not until something changes - so the bandwidth requirements are very small.

“A benefit of an open standard is that the devices would be interoperable, which would encourage competition, therefore keeping the operational cost as low as possible. By using the ISM spectrum we can also take advantage of the plethora of existing radio transceivers from many manufacturers, which will allow rapid uptake of the standard.

“Cost is an important factor in the agri-food industry. These devices will have a low power requirement, typically lasting 10 years or so on a single battery. Also, the radio that enables this connectivity will only cost a few pounds so that the devices can be cheap - think tens of pounds not hundreds of pounds.

“This will revolutionise industries such as agriculture as we can cover huge swathes of land for relatively little investment in infrastructure and we will be able to make many more measurements. For example, taking measurements at multiple points in the field allows greater accuracy in water and fertiliser usage. This not only reduces input costs but will also result in less environmental impact by reducing runoff.”

Alastair Taylor, Chief Executive of IAgrE (Institute of Agricultural Engineers) agrees: “We talk of the connected farm where value will come from the timely supply of real time information. This would allow decisions to be made based upon science and facts harvested through remote sensors.

“Agriculture already has challenges with the lack of a common interface. The farmer should have one computer in his tractor cab and not three, which we often find at the moment.

“A common set of standards should help in maintaining the relevance and currency of user interfaces – especially if they can be connected to earlier generation machines, thus allowing these to be used alongside the most modern of user interfaces.”

Also presenting is RedBite Solutions, a spinout from the University of Cambridge that has developed track and trace technology that can manage large networks of data-capture devices in fields, greenhouses, packing houses, etc. and is based upon globally recognised standards for radio frequency identification (RFID).

Adrian Segens of RedBite explains: “Automatic identification technologies like RFID and QR codes mean that vital data can be captured easily, quickly and without human error. However, industries such as agriculture are not well supported by conventional IT which uses WiFi and on-premises servers.

“Our technology enables readers to store data so that none of the data they have captured is lost and instead can be uploaded when they do come within range of a network, either wireless or plugged-in to ethernet.”

Spoilage is major problem in the food industry particularly in the production of salad and other delicate crops. One pea producer estimates that 10% of his yield is lost at harvest.

Adrian believes this is an area that can benefit: “It is a world where deadline pressures are immense and a lack of information confronts individuals on a daily basis. Improved data could come from applications ranging from temperature and humidity sensors in greenhouses through to measuring the moisture content of stored vegetables and uploading the results straight to the cloud.”

The Weightless-N standard will be complete in early 2015. Initially it was thought that the IoT could use ‘white space’, the unused frequencies between TV broadcasts, but delays by regulators means that the focus has shifted to ‘ultra narrow band technology’ a frequency that is already used for data networking.

To find out more about Weightless-N and the applications for the IoT in the agri-food industry, The Internet of (Agri)-Things Pollinator is being held from 4pm at St John’s Innovation Centre on 24th February 2015.