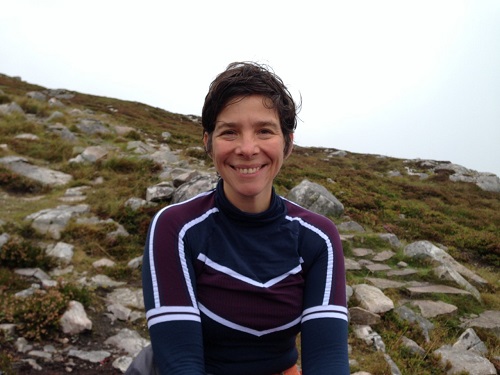 Cambridge-based author Elena Arevalo Melville has been named as the inaugural winner of the Queen’s Knickers Award, which comes with a first prize of £5,000.

The new prize – awarded to an outstanding children’s original illustrated book for ages 0-7 – is funded by Nicholas Allan, author of The Queen's Knickers, and is part of the Society of Authors’ annual awards.

Elena, who is originally from Guatemala, graduated from Anglia Ruskin University (ARU) in 2013 with a Distinction from the MA in Children’s Book Illustration course, and lives in Cambridge with her partner and children. 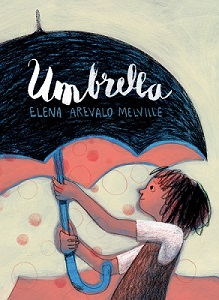 Elena, who also runs art clubs and workshops for children and adults and produces Fantastical Maps for local charity Cambridge Curiosity and Imagination, said: “Thank you Nicholas Allan for funding the Queen’s Knickers Award and to the judges for choosing Umbrella amongst a quirky and outstanding shortlist of illustrated children’s books.

“Endorsed by Amnesty International UK, Umbrella is a book about an ordinary object that does extraordinary things through sharing, set in motion by a single act of kindness. I am delighted and humbled to be the winner of this inaugural Society of Authors Award. Yes, anything is possible!”

Alexis Deacon, one of the judges of the Queen’s Knickers Award, said: “When judging this prize each of us thought that they alone would be speaking up for Umbrella and each of us was overjoyed to discover that we all felt the same. It is a book that makes you feel like it is your discovery, like it belongs to you.

“At first glance Umbrella can appear quiet or small. It is a book that might easily be overlooked on shelves packed with bolder shapes and brighter colours. It doesn't deserve that. Like the umbrella in the story it deserves to be found and opened.

“Opening the book is like opening that umbrella: You do it and something wonderful unfolds. It is my hope that this award will allow Umbrella to reach a wider audience than it otherwise would and help its creator to make more books like it. In a world where it seems like you have to scream just to be heard, Umbrella talks to you in its own clear voice, as a friend. It is a very worthy winner.”

Shelley Jackson, Course Leader for the MA in Children’s Book Illustration at ARU, said: “We are so happy for Elena — who wouldn’t want to win the inaugural Queen’s Knickers award?  Umbrella is a stunning book filled with energetic illustrations and a magical story that will definitely grab the attention of readers!”