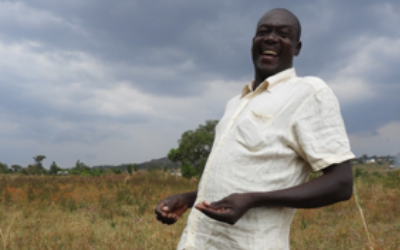 GrowFast, the pay-as-you-go solar irrigation solution from Azuri Technologies, has been named a winner of the Uganda renewable energy fund launched by the UN CleanStart programme and Embassy of Sweden.

More than 200,000 people across Uganda are set to benefit from the energy fund and clean energy solutions including Azuri’s GrowFast solar irrigation system.

GrowFast from Azuri offers farmers an innovative and affordable pay-as-you-go solar irrigation bundle that includes a smartphone with GrowFast app, as well as crop insurance cover. Conventional farming that relies only on rainfall for irrigation limits the number and type of crops that can be grown each year. The solar irrigation system is designed to improve productivity, income generation, and living standards of small-holder farmers by enabling farmers to keep their crops watered all year long.

Azuri’s customised pay-as-you-go plan allows farmers to pay for their solar out of the increased profits from additional harvests. Azuri GrowFast comes with insurance cover in the event of unexpected crop loss.

Agriculture is the backbone of Uganda’s economy, employing 70% of the population, and contributing half of the country’s export earnings.

“I am delighted that Azuri GrowFast has been named as a winner of the UN CleanStart fund and we look forward to supporting local farmers in Uganda to increase productivity and household income.”

Azuri specialises in solar home solutions including complete solar home lighting systems, solar satellite TV and solar irrigation, all made affordable through a pay-as-you-go service. Products are designed to deliver world-class performance at an affordable price for all customers who live away from mains power.