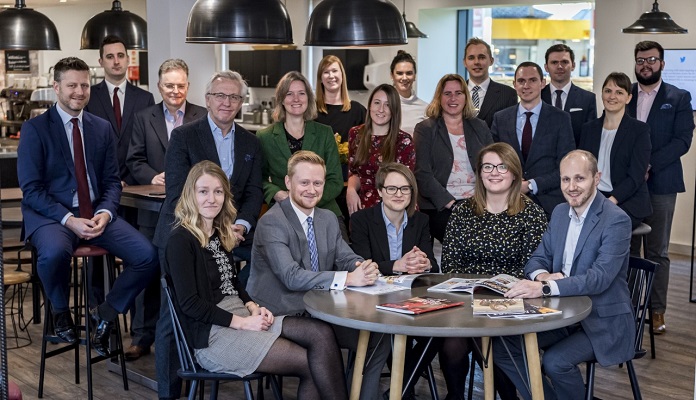 Bidwells’ plans for growth in 2020 are largely being driven by client interest in the government’s Oxford-Cambrdge Arc proposals.

Grahame Stuteley joins the Cambridge team as a Senior Planner; Matthew Wilson arrives as an Associate and Bidwells welcomes Kate Morley as a Socioeconomic Researcher and Curtis McVeigh as an Assistant Planner.

The RTPI judges called the Cambridge Mosque project the “pinnacle of public involvement, learning and understanding for planning professionals” when awarding the regional prize in September.

Head of Planning, Mike Derbyshire, said: “The Arc initiative continues to be of great interest across all our markets, but our Cambridge team has had a particularly great year with some significant projects expected to come forward in 2020.

“Our Cambridge team is also immensely proud to win the regional RTPI award for its work on the Cambridge Mosque. It’s been an exciting time for us but we continue looking forward as our region becomes more and more important to the UK economy.”

In London, Jonathan Bainbridge becomes a Divisional Partner; Natalie Rowland is now a Principal Planner and Eleanor Grace is promoted to Principal Heritage Consultant whilst Lucy Fathers joins as an Assistant Planner.

In Milton Keynes, India Chard joins as an Assistant Planner and Kenya Sharland as a Senior Planner, with Rob Love promoted to Principal Planner.

Daniel Gender-Sherry, becomes an Associate in Oxford. Phoebe Heath joins Bidwells’ Norwich office as an Assistant Planner and Jake Lambert is now a Senior Planner working from the same office.

Bidwells’ planning team was the 22nd largest team of chartered planners in the UK, according to Planning Magazine’s most recent consultancy league table.