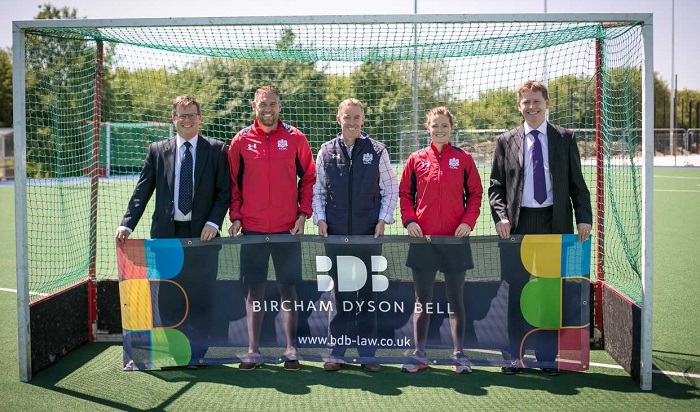 BDB opened its Cambridge office in January 2017 and the office already has a particularly strong commercial real estate team and corporate/commercial team. The former is headed by partner Simon Burson. The latter is led by partners James Stephen and Duncan Walker who in the last eight months have advised on transactions with a total deal value of £115 million. The firm has ambitious growth plans in Cambridge, as well as a real desire to support local businesses in the city and across the East of England.

Cambridge City Hockey Club is about to achieve its long-held ambition of securing a home base at the University of Cambridge’s Wilberforce Road Sports Centre site, starting in autumn 2018. This has been made possible through the current further development of the site which is being upgraded from one AstroTurf pitch to three, together with an expansion of the clubhouse. This will help the Club to introduce hockey to a wider audience through various outreach activities, including its primary school hockey hubs and collaboration with the Flyerz Community Festival. The site will also provide a playing and training venue for both senior and junior Club members and will help to attract further elite level players and coaches for its Men’s and Ladies first teams.

James Stephen, partner at BDB comments, “We are delighted to be the new headline sponsor for Cambridge City Hockey Club. The Club has a strong track record of both introducing the game to a wider audience and helping players at all levels to improve and play to the best of their ability. It also provides an incredibly friendly environment for all and is a thriving Club for Cambridge. It is good to know that our sponsorship will help support the Club in pursuing its exciting objectives over the next three years for the benefit of the local community.”

Mark Brookes, CEO of Cambridge City Hockey Club comments, “We at Cambridge City Hockey Club are delighted to have a new headline sponsor and one that has committed to at least three seasons. The club is aiming to become one of the leading clubs in the country by having both 1st teams playing in the Premier League – and eventually playing in Europe. We also want to continue to provide competitive but enjoyable hockey for 13 Senior teams, work with the local community and thus increase the participation in this sport. We already have a thriving Junior section and our ‘Masters’ hockey has been improving. We also hope to improve the provision for the Flyerz (disability community) section and grow this over the coming years. None of these things are possible without financial backing and the support from BDB will go a long way to enabling the club to achieve its aspirations.”

In addition, Andrew Smith, Managing Partner of BDB, says:“Following the opening of our Cambridge office last year, we are delighted to increase BDB’s involvement in the local community through the sponsorship of the Cambridge City Hockey Club and we look forward to working closely with them.”

BDB Pitmans was established in 2018 following a merger between legacy firms Bircham Dyson Bell (BDB) and Pitmans Law. The firm brings together over 300 years of legal expertise across four locations – Cambridge, London, Reading and Southampton.