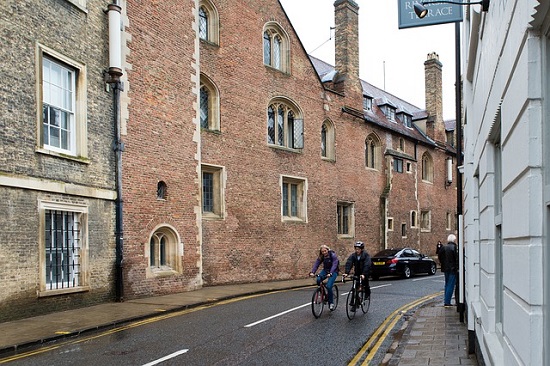 A new economic report published today has revealed the huge potential for Cambridge to be one of the most environmentally sustainable cities in the UK.

According to UK Powerhouse, a report by Irwin Mitchell and the Centre for Economic & Business Research (Cebr), Cambridge will be in the top three for economic growth (GVA*) during Q1 2021, the quarter when the transition period in the UK’s current EU Withdrawal agreement is set to have ended.

The finding coincides with the opening of a new cycling route in Cambridge this month which makes it easier for people to reach the city centre by cycle from the northern outer areas of the city.

This project is one of 18 major cycling projects currently under progress in Cambridge. Although, the local government is aiming to establish Cambridge as Britain’s cycling city, it performed less strongly in the area of low emission transport*** where it appeared 21st in the league table.

The report also looked at the areas with the highest number of solar panel installations. Cambridge came 15th with 1,400 installations and a 3% share of the population. Out of all the English Powerhouse cities in the report, Cambridge is ranked 7th for waste recycling.

When it comes to carbon dioxide per capita, the latest figure revealed that Cambridge had reduced its year on year figure by 4.7% putting it in 28th place with a figure of 4.3 kt CO2 per person.

Vicky Brackett, CEO of Irwin Mitchell’s Business Legal Services division, said: “In June, the UK has announced its ambition to achieve net zero carbon emissions by 2050, the first major economy to do so. The ever-more urgent topic of climate change and sustainability has reached the highest level of government and it’s important that business recognise not only the important role they have to play, but also the opportunities that exist.

“Cambridge performs well in some indicators of environmental sustainability but poorly in others. If it can continue to improve its share of low-and zero-emission transport, carbon emissions can decrease even further making it possible for Cambridge to become one of the most sustainable cities in the UK.”

All forecasts in this report utilise Cebr’s central scenario. Cebr’s central forecasts are based on the assumption that an amended version of the Brexit withdrawal agreement will form the basis of the future UK – EU relationship. We further assume that a transitional arrangement will be put in place that allows a continuation of the current relationship without any major disruptions until at least 2021. On the immigration policy, we rely on the lower immigration population estimates assuming that a visa system will be implemented for EU nationals, but that the requirements (e.g. the minimum salary, the NHS surcharge payment, the application fees, etc.) would be more relaxed than they currently are for non-EU nationals requiring a visa.

About Irwin Mitchell
Irwin Mitchell is one of the largest full service law firms in the UK working for both individuals and businesses.

The firm is ranked as a market-leading legal services firm in the independent Legal 500 and Chambers UK guides to UK law with over 250 lawyers personally recommended and the firm ranked number one for more than 30 areas of law.

Irwin Mitchell Scotland LLP is a separate Scottish legal practice regulated by the Law Society of Scotland and has an office in Glasgow.