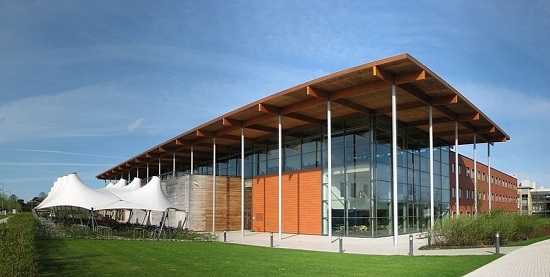 The company, which helps companies build complex simulations and virtual worlds, has been valued at more than $1bn after raising $502m (£390m) from Japan’s SoftBank.

The investment in the London-based firm is thought to be the largest made in a fledgling European tech firm.

Founders Narula, 29, and Whitehead, 26, who both studied computer science at the University of Cambridge, launched Improbable in 2012 with Peter Lipka, 28, an Imperial College alumnus.

The Cambridge alumni met at a dissertation review at Cambridge’s Computer Laboratory, sharing a mutual interest in multiplayer games and virtual worlds that put them on the path to creating the software that underpins Improbable.

Improbable creates the software to build hugely complex and interactive virtual worlds as well as complex simulations useful to industry and government. It could, for example, give researchers the ability to create simulated cities to model the behaviour of millions of people.

CEO Narula has been credited with saying his vision of Improbable’s ultimate goal is to create totally immersive, persistent virtual worlds, and in doing so, change how we make decisions. “Basically, we want to build the Matrix,” he once joked. In a statement announcing the Series B funding, he said: “We are working towards a future in which participatory virtual worlds and simulations of unimaginable scale become ubiquitous. We think this is potentially as exciting and important a technical development as work on AI or the Internet of Things”.

Head of the Computer Laboratory, Professor Andy Hopper, said: “This is a fantastic achievement, and a testament to Cambridge’s role as an innovation hub. While most people see innovation when fast growing firms hit the headlines, here at Cambridge we are dedicated to providing the time, space and resources to ensuring knowledge can develop incrementally and build impact cumulatively.”

Pro-Vice-Chancellor Enterprise and Business Relations Andy Neely said: “This is another great example of how our alumni—and the startups and spin-outs that come out of Cambridge—are supporting the UK in commercialising our world leading science base to drive growth across the country.”

The Collegiate University has been instrumental in founding and developing infrastructure to facilitate the ‘Cambridge Tech Cluster’. It has enabled innovation and commercialisation with incubator spaces and science parks, education programmes such as Accelerate Cambridge, Ignite and the Impulse Programme, and the provision of seed funds and patient capital.

The results speak for themselves—more than 300 high‐tech ventures involving University of Cambridge people and technology have been created in the last 20 years; over 240 firms have been founded by alumni of the Cambridge University Computer Lab; while spin‐outs from the Cambridge Enterprise portfolio have raised in excess of £1.4 billion follow‐on funding.

Claire Ruskin, Cambridge Network's CEO, commented: ‘We can probably count Improbable as Cambridge’s 16th company going from zero to $billion valuation – started here, people and investment from here – and we wish Herman, Rob and the whole team all the very best for a successful future.  We visited Improbable to see if the technology could model Cambridge traffic and indeed it can…"