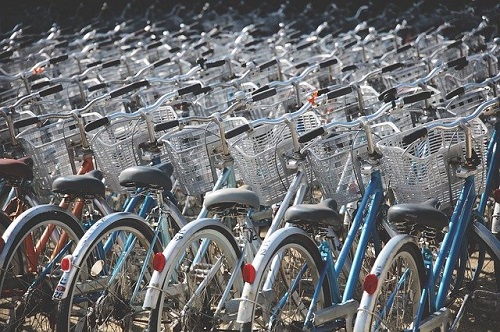 According to research by Property Consultants Bidwells, Cambridge and Oxford are well placed to get back to work quicker and easier after the first lockdown-easing measures.

As businesses and organisations across the country prepare back to work strategies, Bidwells has analysed commuter behaviour across all of the UK’s Travel to Work Areas. The analysis focuses on the period of October-December, one of the least popular times of year for cycling.

As the Government seeks solutions to the challenge of getting the workforce back to work over the coming months, the challenge of commuting - and in particular constraints on public transport - has come to the fore. Following weeks of lower transport-related pollution there is understandable anxiety to avoid nervous commuters opting for the car rather than their usual train, tube or bus.

London sees the highest number of total commutes by bike, with approximately 154,000 work journeys during the last three months of 2019. Excluding the capital, there is a more mixed picture, with some regional cities performing well, but science and tech centres, including Oxford and Cambridge, show a particularly high number of workers who cycle to work.

Just 2% of commute journeys, on average, are undertaken by bike based on the Q4 2019 data analysed, but some locations already perform considerably better. These include several cycle to work schemes in Oxford and Cambridge, where a cycling ethos has combined with supportive infrastructure investment and bike-friendly policies to underpin the success of some locations ahead of others.

Those working in the industry sectors of Education or Professional, Scientific and Technical Activities dominate bike journeys in Oxford and Cambridge. The drivers of this are likely to be part cultural but also aided by the cycle infrastructure in place across the city’s science and tech parks, who encourage commuting on bike to work.

Commenting on the analysis, Sue Foxley, Research Director at Bidwells says, “This has two implications. First, the cities are well placed to show resilience during the coming period as we get to grips with the new normal. Second, given the importance of both these cities to the fight against COVID-19 and indeed other health and technical challenges facing society, the cities can get back to work quicker and easier.

“Clearly, there will still be challenges to avoid additional car journeys which present particular challenges in such historic and popular cities. However, the existing cycling infrastructure in Oxford and Cambridge provides the locations with a head start in getting back to work.”

Image by Free-Photos from Pixabay